Free-Range Parenting Is The Law In Utah Beginning Tuesday

The country's first free-range parenting law goes into effect in Utah May 8. But people in other states are already warming to the idea.

State Sen. Lincoln Fillmore says the time is right for changing laws that accuse parents of neglect for allowing their well cared-for kids to be independent.

“Parents have been arrested, prosecuted, [they’ve] had children taken out of their custody for crimes as simple as letting their kids play at the park, or letting them walk home from school, or letting them play alone in the front yard.”

An educator, he serves in Utah’s part-time legislature as a Republican representing the Salt Lake City suburb of South Jordan. He’s got a three-year-old son and another child on the way.

“I wanted to put in specific protection for Utah parents in our law,” Fillmore said.

“I'm excited that parents will feel more secure in giving their kids exposure to the kinds of experiences that will teach them how to navigate life.”

He said the feedback has been largely positive since he introduced the legislation. Utah lawmakers gave it unanimous approval. He's gotten inquiries from New York to California and Idaho to Texas.

“I didn't run this bill because I assumed that it would start some kind of a movement,” he said. “But what we’re seeing is that people are ready for the pendulum to start swinging back in the other direction so that parents and kids have a little more freedom to be parents and kids to be kids.” 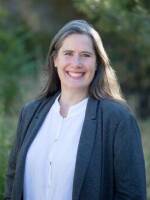