Aug. 28 is the 57th anniversary of Martin Luther King Jr.'s "I have a dream" speech calling for racial equality. Activists and civil rights leaders in Colorado are organizing local marches Friday to mark it and the historic March on Washington.

Alvertis Simmons, the head organizer of a planned march in Denver, said he's organized over 1,000 marches, protests and vigils in the last two decades, but this summer has felt markedly different.

"Then, the March (on Washington) was about jobs and justice,” Simmons said. “Now the march is about racial injustice and police brutality and what we have to do as a community is come together and say enough is enough."

The march in Denver began at 11 a.m. and runs until 3 p.m. Friday in Denver's City Park, starting in front of the Martin Luther King, Jr. statue. Ahead of the event, Simmons said masks are required and there will be temperature checks and security to keep the march peaceful.

"We're just looking forward to having a very peaceful gathering,” Simmons said. “A peaceful march in the name of Dr. Martin Luther King Jr. and peace."

Another march will take place Friday afternoon in Old Town Fort Collins. The #DreamN2020 demonstration will feature educational art, a march and a vigil to uplift BIPOC voices in Northern Colorado.

Activist Julius Philpot is organizing the event and he said the goal is pinpointing racism in the community and teaching people how to help.

“When we’re speaking about chokeholds it may not necessarily apply to Fort Collins, so we need to dig deep. That’s what this is going to be Friday,” Philpot said. “It’s educating based on what’s happening in our immediate communities. People in Greeley and Fort Collins, they are very deprived and all they have is the media to tell them what’s going on. They really feel like it’s not happening here and it’s happening.”

He said the goal of sharing art at the march is to gather peacefully, and define what work still needs to be done in a way that more people can understand.

The event is a coordinated effort between Philpot, NoCo SafeSpace, People’s Initiative for Equity, Stories Without Borders and CSU Black Student Alliance. It starts at 4 p.m. at the CSU Oval and masks are required. 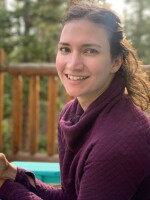