Colorado could soon become a national leader in solar agriculture. A statehouse Republican is reaching across the aisle for the first time in support of developing the technology.

Agrivoltaic farming methods enable crops and solar panels to peacefully coexist. In simple terms, the practice involves growing crops on the ground around and underneath solar panels.

Republican Senator Cleave Simpson from Alamosa is joining Democrats in supporting solar agriculture because he sees it as a way to help meet energy needs without sacrificing farm land or revenue. Governor Jared Polis gave a renewed push in his State of the State address last week for Colorado to generate 100% of its electricity through renewables by 2040.

We also discussed Senate Bill 58, known as the Job Application Fairness Act. It would require most employers in the state to exclude questions that could indicate applicants’ ages. The bill aims to address concerns about age discrimination in hiring. 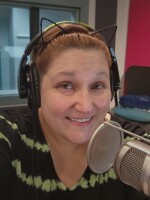