Our Morgan County 96.7 translator continues to be off the air due to equipment damage. We are working to restore our signal. Visit our Listen page for alternative streaming options. »
NPR News

Soldier Against Soldier: The Story of the Bonus Army

Soldiers who served in World War I were paid $1 a day, plus a 25-cent stipend for every day spent overseas. In 1924, Congress passed a law calling for every veteran of The Great War to receive an additional dollar for every day served. But the payment was not due for 20 years.

With the advent of the Great Depression, frustration over the delayed bonus turned to anger. A new bill was introduced in Congress to pay the bonus immediately. And thousands of veterans gathered in the nation's capital to demand their money.

Author Paul Dickson says the violence that followed has often been overlooked, and the impact on the 1932 presidential election underestimated. He is the co-author of a new book entitled The Bonus Army: An American Epic.

Dickson believes that what happened to the Bonus Army made politicians think long and hard when WWII veterans began to return. The result was the GI Bill, which Dickson credits with propelling millions into the middle class and changing the very fabric of the United States.

Revisiting the scene of the soldiers' camp on the Anacostia River, Dickson recounts the tale for Sheilah Kast. 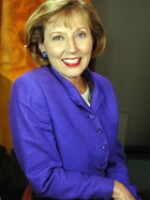