Secretary of State Jena Griswold announced a mandatory recount on Wednesday in the race for Colorado’s Third Congressional District, but it is unlikely to impact the vote-count enough to change the results.

Colorado election law requires a recount if the winning candidate is ahead by half of one percent, or less, of their votes. In the Third Congressional District, incumbent Republican Representative Lauren Boebert claimed victory last month with a lead of just 550 votes. Her opponent, Democrat Adam Frisch, conceded the race ten days after the election.

“We believe in the integrity of the elections in our great state of Colorado and are supportive of this recount to ensure continued faith in the security of our elections,” says Frisch in a video posted to his Twitter page. “However, the likelihood of this recount changing more than a handful of votes is very small - very, very small.”

His campaign did not request a recount. He also says Coloradans should not expect the recount to put him ahead of Boebert, nor should they doubt the results.

“It would be disingenuous and unethical for us or any other group to continue to raise false hope and encourage fundraising for a recount,” says Frisch. “Colorado elections are safe, accurate and secure. Please save your money for your groceries, your rent, your children and for other important causes and organizations.”

Historically, recounts in Colorado have not changed election results in any major way. Former Mesa County Clerk and Recorder Tina Peters requested a recount when she lost the primary this summer. The recount in that race barely changed the results. The last Congressional race to trigger a recount was in 2002, and only impacted the results by a single vote.

“Past recounts in Colorado have resulted in far fewer votes than anything that could affect the current results,” Boebert said in a video claiming victory last month.

Colorado’s Third District includes the entire Western Slope as well as the city of Pueblo, and much of it is rural. It’s also considered to be reliably Republican, and Boebert was expected to easily win reelection there. Instead, the race was one of the closest in the country.

If Boebert is able to hold onto her lead, which is likely, her win helps strengthen Republicans’ thin majority in the US House of Representatives. 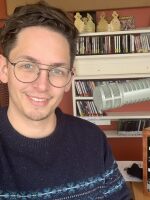