“As of Monday of this week, in the year 2020, a shooting incident has occurred on average every 13 hours,” said Shearer. “So far this year, someone has been struck by gunfire a little over every two days.”

Shearer and representatives from the Office of Youth Violence Prevention were at this meeting to defend the work of the police bureau’s Gun Violence Reduction Team — and to encourage the city to increase funding for social services and outreach programs.

“That is something that we’re using as a foundation to try to build something similar to that here in Portland,” Shearer said in an interview with Guns & America.

Cities across the country — from Baltimore to South Bend, Indiana, and Stockton, California — have adopted similar models. And while these programs often have an impact in the year or two after launch, long-term reductions in gun violence can be fleeting.

Ceasefire is based on the idea that even in cities with high homicide rates, the number of people committing acts of violence is actually very low.

“About 70% of all gun violence includes people who are in their 20s to early 30s who has significant criminal justice histories, seven or more arrests, who are part of some sort of crew or clique or gang,” said David Muhammad, executive director of the National Institute for Criminal Justice Reform, a nonprofit that helps cities implement gun violence reduction programs like Oakland’s.

Typically, Muhammad says, people who commit gun violence have been victims of gun violence themselves, or someone close to them has been a recent victim. Intervene with this small group directly by providing social services or an alternative to violence, the theory goes, and you can have a major impact on gun violence. At least in the short term.

“Ceasefire is about immediately reducing gun violence,” Muhammad said. “And the type of community transformation that is desperately needed is a very long-term prospect.” 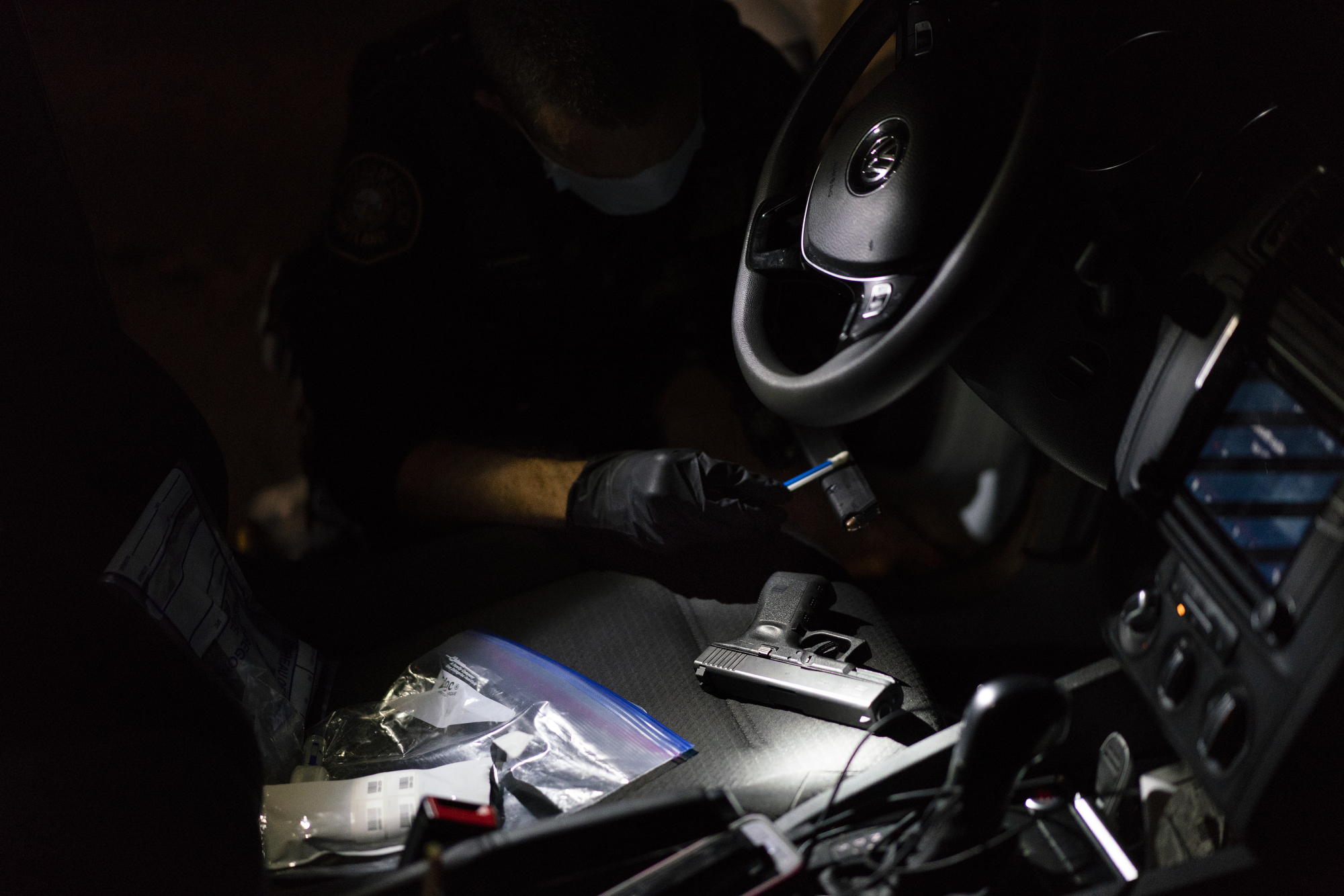 Officer Patrick Murphy swabs a handgun that Portland Police found in a car with three individuals in front of a high school homecoming football game in Northeast Portland on Sept. 21, 2018 in Oregon.

But apart from successes in Oakland and Richmond, California, 10 miles to the north, many cities that have adopted Ceasefire programs have not seen clear long-term reductions in gun violence. And in Oakland, the city’s gun violence reductions took place amidst tech industry-fueled gentrification, which dramatically reshaped the entire region.

Elsewhere in the country, in city after city, declines in the near term evaporated over time.

Detroit, where city leaders have credited Ceasefire with reducing violent crime, started rolling out its program to police precincts in 2015. That year it had 295 homicides. Since then homicides have bounced up to 302, down to 261, and back up to 272, according to FBI data. Meanwhile, the city’s population shrank by 1%, according to U.S. Census Bureau data.

Stockton, California is often pointed to as a shining success for Ceasefire-based programs. That city launched a program in 1997 after registering a 10-year high of 46 homicides the year before. After murders declined, city leaders cut the program’s funding, a move advocates say is a common mistake. But when violence increased once again, the city brought the program back in 2007 and gave it more resources.

The numbers vacillate, but Stockton has averaged 47 homicides per year since 2010, almost exactly where the city started in 1996.

“The whole approach is, ‘This is a problem person,’” said Aaron Roussell, an associate professor of sociology at Portland State University. “Not ‘We have systematically and intentionally underfunded these communities and we refuse to deal with issues of race and classism that actually keep these places marginalized.’”

Crime rates are complex and not very well-understood, but Roussell said that to evaluate crime-reduction programs one question is paramount: “How did you glean those reductions?” he asks. “Are they directly related to the program you’re talking about, or is it just cyclical variation?”

Violent crime rates in the U.S. have trended sharply downward since peaking in the early ’90s. Theories abound as to why: Lower unemployment rates, income growth and increased consumer confidence are all potential factors. Some research suggests liberalized access to abortion accounts for as much as 50% of the decline.

But Roussell said the focus on data can distract from deeper societal issues that cause violence in the first place.

“It’s a weird idea that you just want less crime in poor neighborhoods,” he said. “They don’t want to change anything else about the world, but you want to just bring that down. Because it’s basically a series of crimes that made those neighborhoods poor to begin with and we don’t ever deal with that.” 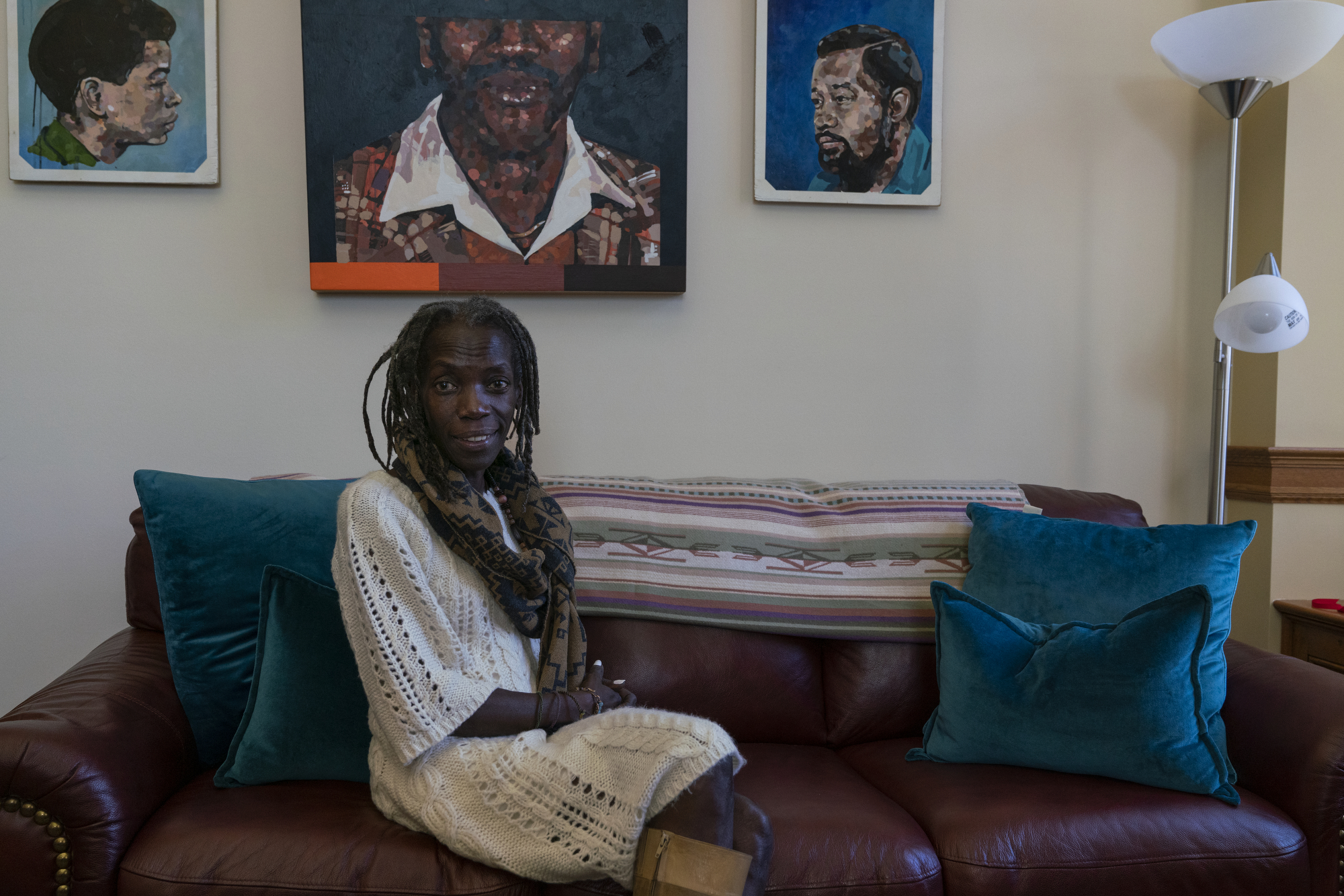 Portland City Commissioner Jo Ann Hardesty has been a critic of Portland’s gun violence reduction team, saying the city’s efforts should focus on social issues instead of policing.

“I believe we can tie it directly to our state policy on mandatory minimums,” Hardesty said.

In 1994, Oregon voters passed strict mandatory minimum sentences for a range of crimes. The sentences are as high as 30 years for aggravated murder and apply to kids as young as 15. As a result, Oregon has one of the highest youth incarceration rates in the country.

“You get back, you can’t find housing, right? You can’t get a job because you’ve got this felony conviction. You are on the fringes of society,” Hardesty said. “And then you have to make a choice: Am I gonna figure out how to legally get my act together so that I can rejoin society, or am I just going to do whatever it takes to survive based on where I am at the moment?”

Hardesty has sparred with the Portland Police Bureau over the gun violence reduction team’s work, but there is some common ground. Assistant Chief Shearer agrees that gun violence isn’t simply a law enforcement problem.

“It’s a large multifaceted societal issue that just law enforcement on their own and the ceasefire program probably can’t solve,” Shearer said.

Unless those societal issues are addressed, advocates say, there’s no guarantee cities like Portland can impact rates of gun violence.