It Could Be Me: Colorado Springs Reflects After A Young Black Man Is Shot In The Back | KUNC

It Could Be Me: Colorado Springs Reflects After A Young Black Man Is Shot In The Back

Dee Smith didn’t know De’Von Bailey. But he knows Bailey’s family, and says he was angry when he heard that the 19-year-old had been killed by Colorado Springs police this summer.

Now, standing by the memorial and the stained asphalt on the quiet corner where it happened, Smith is speechless.

“[Because] then you just imagine that it could be me, it could be my nephews, somebody else, friends that I know that’s from the neighborhood,” Smith said. “Just the fact that it’s from here. I was born and raised out here. It has a little different meaning for me.”

People who live in the area, like Smith, are now grappling with what happened and what to do about it. 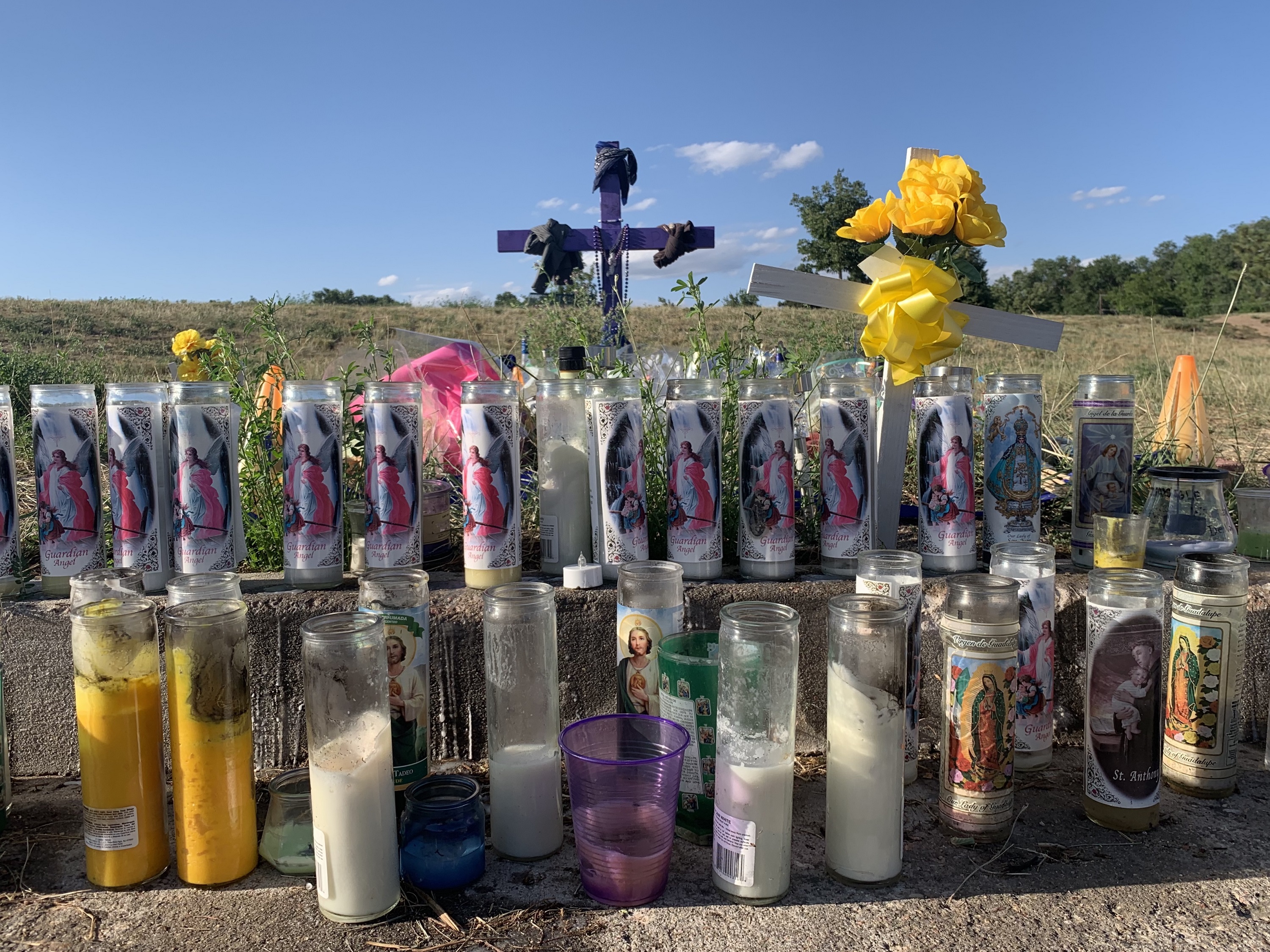 A memorial for 19-year-old De’Von Bailey on the block where he died in Colorado Springs, Colorado. Bailey was shot and killed by police in August.

“I’m hoping that there is justice, but in my opinion, it don’t look like we’re really headed in that direction,” Smith said. “I just don’t think the police should be killing people. They’re supposed to protect and serve.”

The Shooting Of De’Von Bailey

The incident began on Aug. 3, 2019, with the report of a robbery involving a gun near an elementary school, southeast of downtown Colorado Springs

[Editor’s note: This footage contains graphic content, including a young man being shot and bleeding on the ground.]

“We got a report of two people with similar descriptions possibly having a gun, alright,” one of the officers can be heard saying in the video. “So don’t reach for your waist. We’re gonna just check and make sure you don’t have a weapon, alright.” 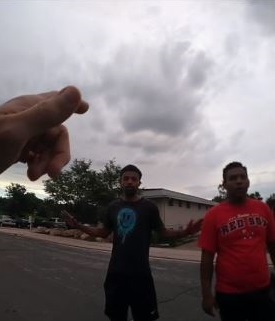 Body cam video shows a police officer stopping the two young men and telling them to put their hands up.

As an officer approaches from behind, the video shows Bailey turning, running and being shot three times in the back and once in the arm, according to the El Paso County Coroner.

Once on the ground, police handcuff Bailey, cut off his shorts and remove an object that appears to be a gun.

According to state data, these types of homicides happen with some frequency. From 2010 to 2018, Colorado law enforcement agencies reported 352 “officer-involved shootings.” 185 civilians were killed, and 127 were wounded.

Smith said that growing up, both white kids and black kids had guns. Not because of any real need he said, but because kids though guns were cool.

“In my experience, guns is everywhere,” Smith said. “Everybody I know got a gun.”

Two years ago, he says he had a gun pointed right at him by police.

Smith and his dad were outside fixing the tires on his grandmother’s car, which had recently been stolen and damaged.

“The police rolled up on me and my dad while we were changing the tires,” Smith said. “I stand up and turn around and the gun was pointed in my face.”

In Smith’s retelling, the officer called his dad a liar and his dad yelled back saying “this is our car.” Eventually, the officer got a radio call confirming the car did belong to the Smiths, and the officers left.

Smith says his family never filed any sort of complaint. Smith’s dad did not return calls for comment, but his mom did confirm hearing about the incident afterwards.

In an email from a spokesperson, the Colorado Springs Police Department explained that it does keep records of incidents during which an officer points their gun at someone, but they have no record of the incident Smith described.

Smith helps to run a weekly mentorship group for boys. They talk about life skills such as how to manage money, tie a tie and deal with peer pressure. 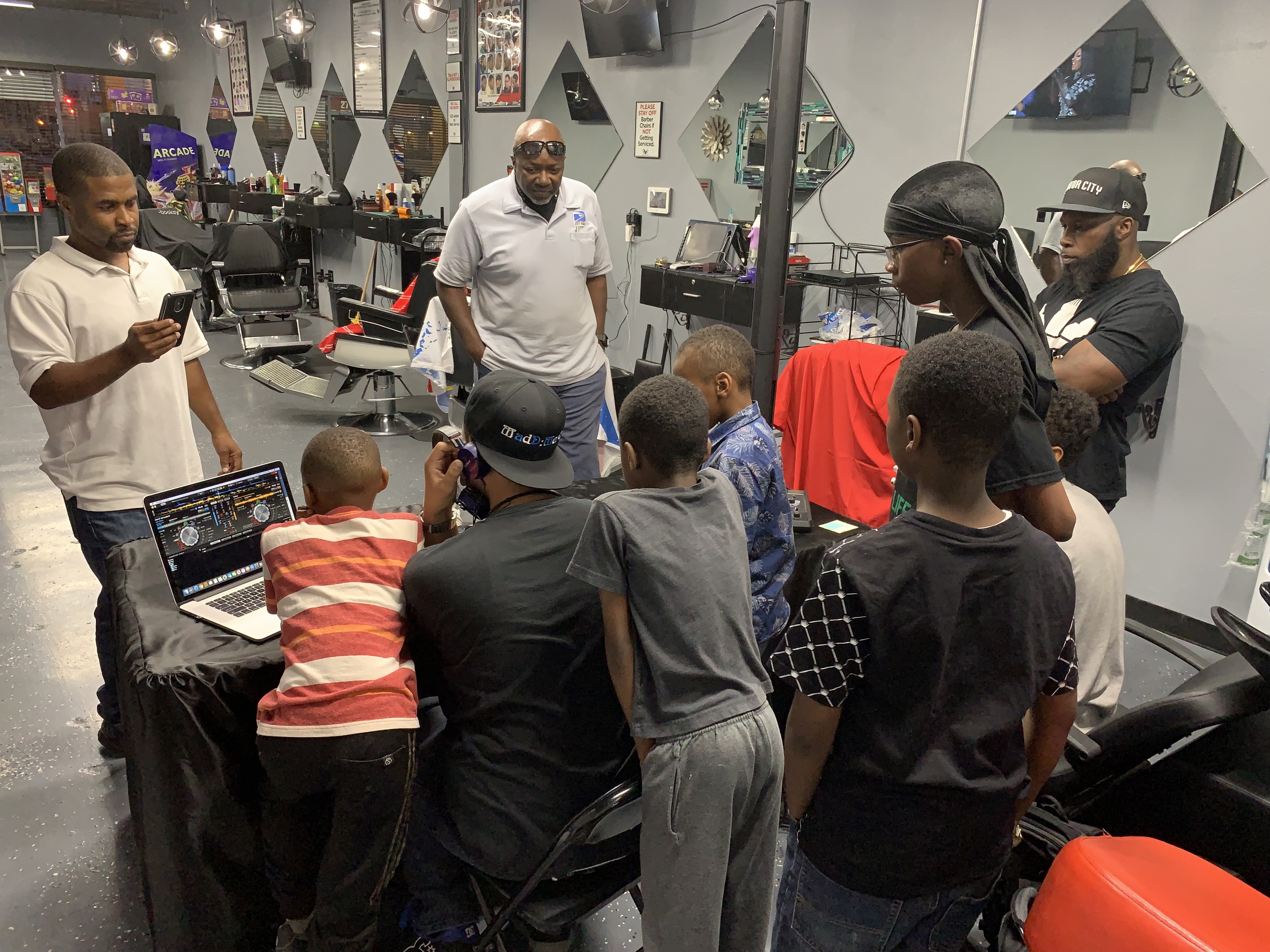 Boys learn about DJ’ing during a recent Monday night mentorship meeting at A Touch of Perfection Barber Shop in Colorado Springs, Colorado.

“I come to this group mostly to help other kids, but there’s some things that I learned that I didn’t even know,” 13-year-old Tyson McKenzie said. “And we talk about touchy subjects such as this, like the police brutality and stuff like that.”

McKenzie says he was scared when he was watching the news and heard what happened to De’Von Bailey. But he also feels that the police are there to protect him. He’s young and coming to this group helps him work things out. 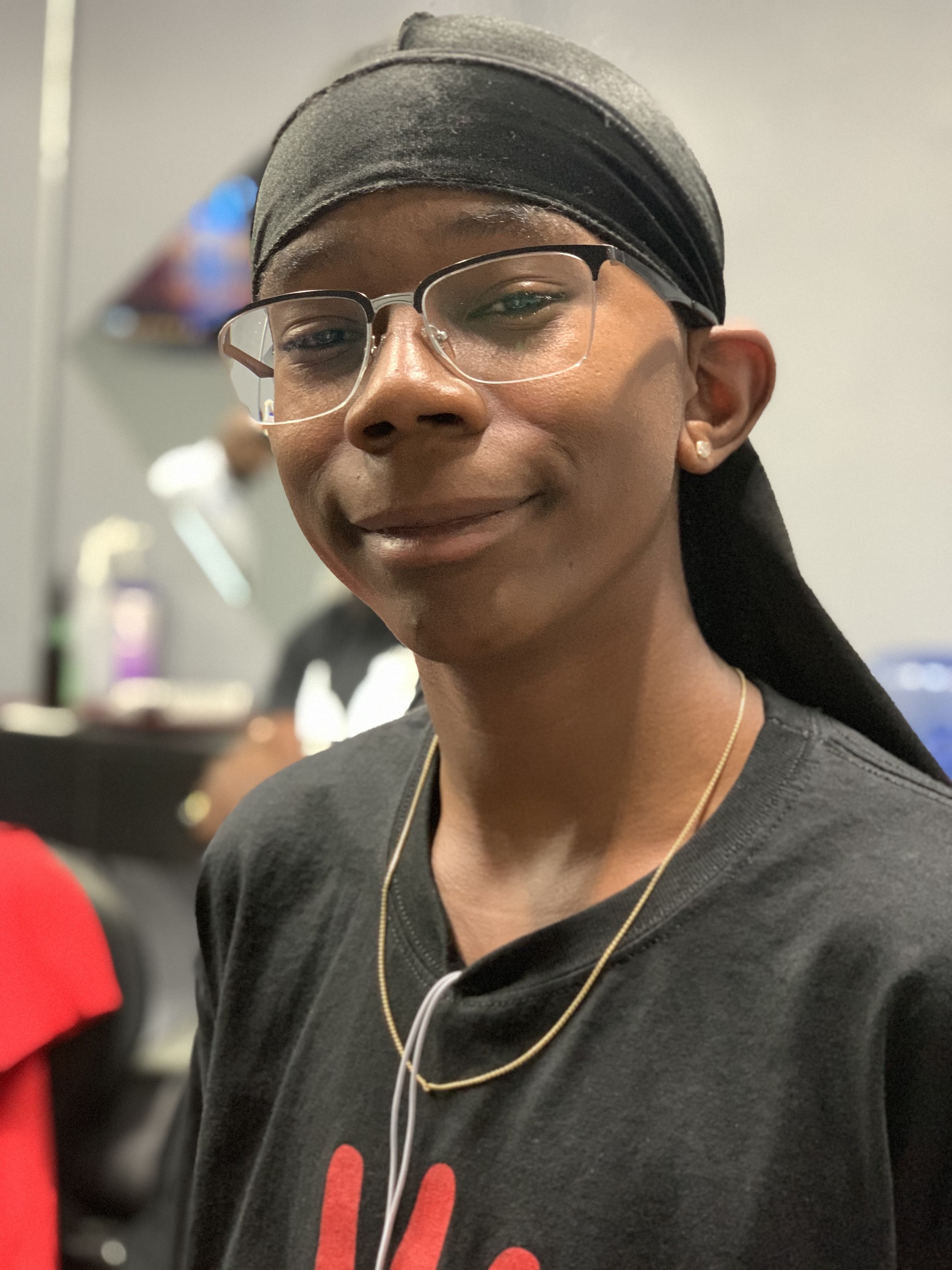 Tyson McKenzie says he was scared when he found out what happened to De’Von Bailey but that he still thinks of the police as his protectors.

“My voice can be heard and we can share our opinions with each other … because we don’t judge each other,” McKenzie said. “Even if we — one of us has to cry. We all talk about it and we fix each other.”

Dee Smith and Prentice Wilson, the man who started the mentorship group, haven’t decided how they’re going to talk to their boys about De’Von Bailey yet. Smith said he might give them instructions.

“When you get pulled over by the police, follow their directions, don’t run, be respectful and make it home,” Smith said. “That’s the only thing you really can do is try to prevent it from happening later.”

‘The Best Thing That Ever Happened To This Neighborhood’

Earlier in the day, after visiting the memorial near his mom’s house, Smith remembered playing baseball and football in the Police Athletic League as a kid. The program is no longer in operation in Colorado Springs but when Smith was growing up, members of the Colorado Springs Police Department coached and managed the teams.

“That was the best thing that ever happened to this neighborhood,” Smith said. “Now they’re getting to know us. So now instead of pulling their guns out on us, they calling us by name and telling us, ‘Come here, don’t you run.’ That’s the type of things they need to bring back because if they don’t, there’s no way of mending nothing together.”

At the state level, Attorney General Phil Weiser is holding community meetings on whether police need more training in racial bias. The FBI is reviewing the case for potential civil rights violations.