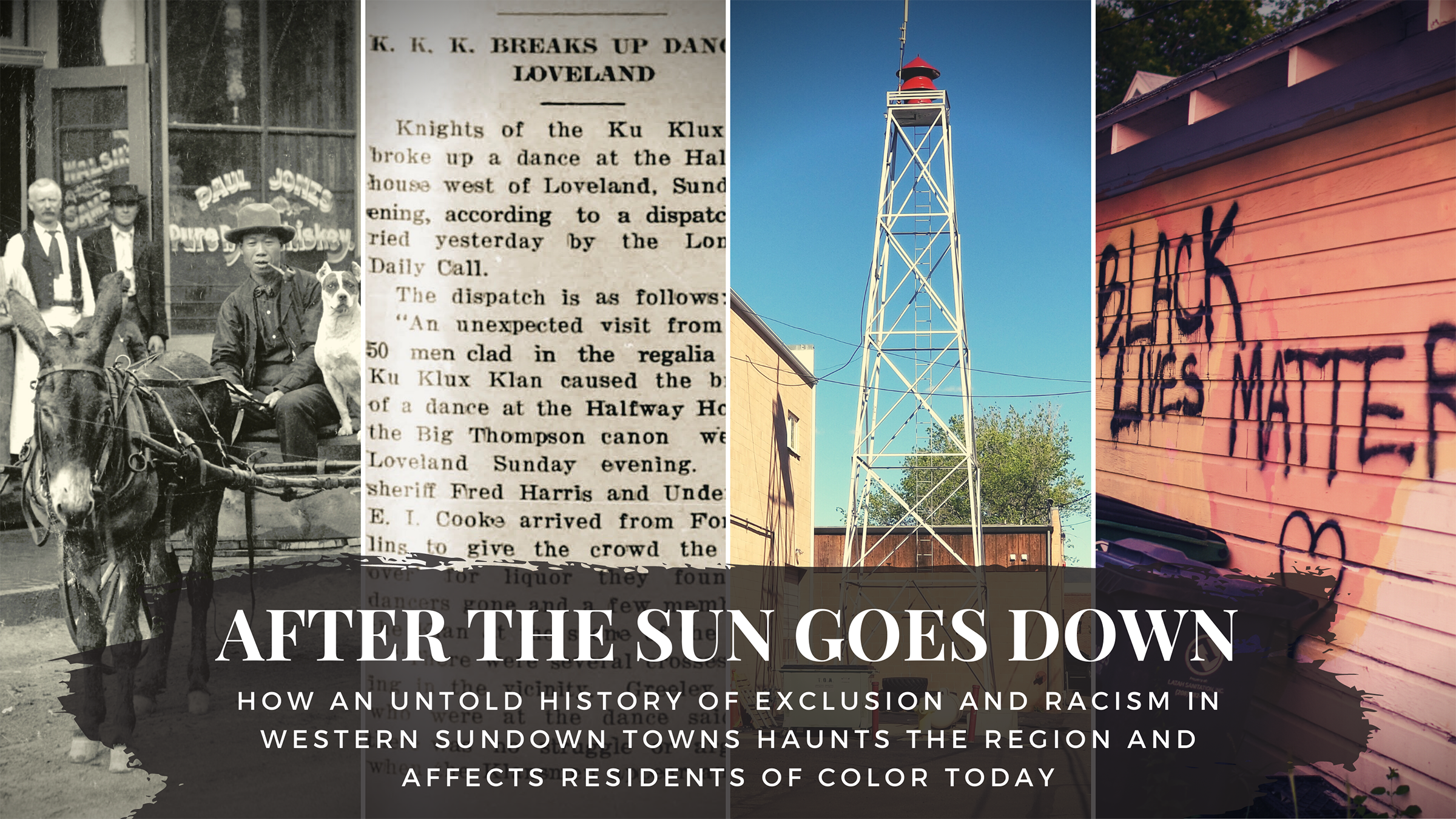 After The Sun Goes Down

After The Sun Goes Down

As a society, how can we deal with something if we cannot face it?

This question inspired sociologist and historian James Loewen, who died in August, to dig for the truth and uncover thousands of sundown towns across America, including dozens in the Mountain West. The term stems from signs posted near city limits warning racial and ethnic minorities to leave town before sundown. Sometimes city governments enacted their own ordinances. In other cases, white people took it a step further and violently expelled minority communities.

The uncomfortable truth about sundown towns “implicates the powers that be,” Loewen wrote in his book Sundown Towns: A Hidden Dimension of American Racism. “The role played by governments regarding race relations can hardly be characterized as benign or even race-neutral.” In other words, through the enforcement of sundown town policies and other exclusionary laws, governments big and small have helped uphold white supremacy.

Loewen said confronting this history provides a chance to transcend the nation’s problematic past. “It is the first step toward, shall we say, a cure,” Loewen told the Mountain West News Bureau in June.

Indeed, Loewen believed “telling the truth about the past helps cause justice in the present.”

In this series, the Mountain West News Bureau explores some of the region’s exclusionary past to better understand what it means about our present.
After The Sun Goes Down: Journalist Roundtable
Journalists Stephanie Daniel, Robyn Vincent and Jackie Hai join Colorado Edition's Erin O'Toole to discuss the series and their efforts to document the Mountain West's history of sundown towns.