The U.S. Department of Justice has been in a years-long fight to decrease violent gun crimes. And now, it’s targeting domestic violence abusers.

Inside the Earle Cabell Federal Building in downtown Dallas, in an office surrounded with wood paneling, sits the United States Attorney for the Northern District of Texas. Her name is Erin Nealy Cox. And on a cold winter morning in November, just before Thanksgiving, she sat down to talk with Guns & America about an initiative informally dubbed “Abusers with Guns.”

“I’ll give just three cases, we have a lot of them, but they represent a misdemeanor, a felony and a protective order,” begins Nealy Cox.

She’s talking about some of the cases her office has pursued in an effort to decrease violent crime.

Nealy Cox lands on one: An abuser who’s been charged with possession of a firearm while subject to a domestic violence protective order.

“He was served with a protective order in 2018 after allegedly holding his girlfriend and her seven-year-old daughter in his garage against their will,” she explains.

That protective order should’ve kept the abuser away from his girlfriend. But it didn’t. Instead, he threatened her with a nine-millimeter Glock.

“So we prosecuted that case,” says Nealy Cox. “He pleaded guilty. And he’s currently serving 30 months.”

April Zeoli is a criminal justice professor at Michigan State University. She studies if policies and laws can prevent gun violence.

“We have found that the misdemeanor crime of ‘domestic violence, firearms restrictions’ are associated with reductions of intimate partner homicides,” Zeoli said. “That’s been found in multiple studies.”

But Zeoli’s research also shows a difference in effectiveness between the state and federal cases.

“With limited resources, how do we make the biggest impact with our gun crime laws?” Nealy Cox poses. “Time and time again, it came down to the nexus between gun crime, violent crime and domestic violence.”

Nealy Cox says she didn’t start with a mission to take on domestic violence. But when she took over as U.S. Attorney for Northern Texas, violent crime was something that affected both rural and urban communities throughout the district. So she started talking with police chiefs, district attorneys and state judges. This is what she heard:

April Zeoli’s research confirms Johnson’s and Nealy Cox’s conclusion that domestic violence abusers have and will break other laws, too.

“Those who commit severe domestic violence are highly likely to commit other violent crimes as well,” she said. “I can tell you that of people who’ve committed intimate partner homicide, quite a lot of them have violent pasts.”

Johnson says these offenders create chaos in our communities.

“This violence is real,” he said. “And being able to address it systematically has to be a priority for communities as they start to try to prevent these acts of violence from occurring.”

Recently, Zeoli took a look at the backgrounds and criminal histories of 73 mass shooters. She was looking for a connection between mass shootings and intimate partner violence. And one-third of the abusers in her study were known abusers. Seventeen of them went on to murder people in public.

Why The Results Differ At The State And Federal Level

The U.S. Attorney for the Northern District of Texas says there are fewer obstacles when her office files charges compared to her counterparts at the state-level.

“To a certain extent, our domestic violence cases are easier than our state partners’,” said Nealy Cox. “We do not have to rely on the victim.”

Possessing a gun after being charged with a misdemeanor, a felony or a protective order for domestic violence is illegal. So Nealy Cox says, “all we have to have are conviction documents and possession of a gun,” to put an abuser behind bars. 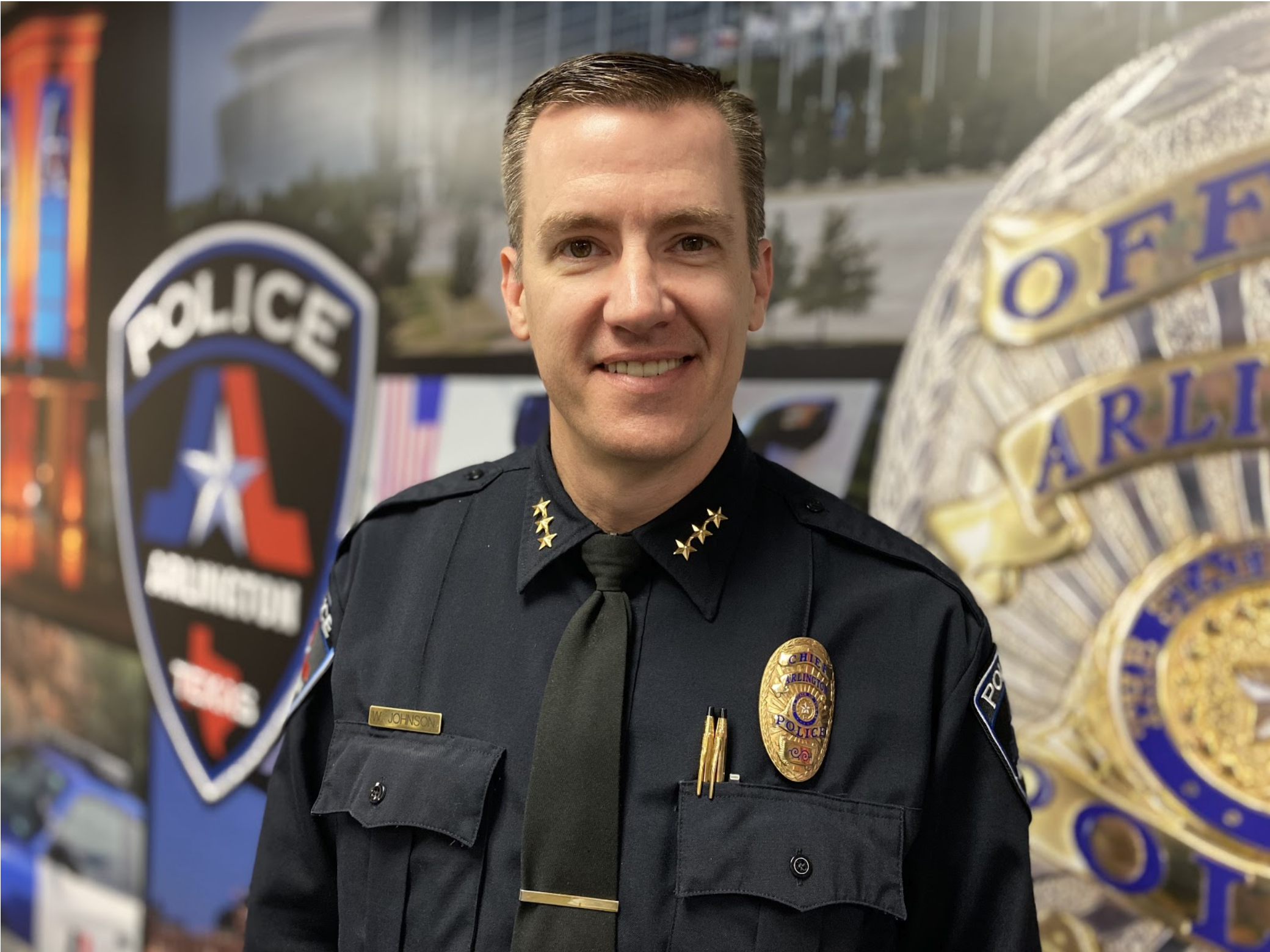 Arlington Police Chief Will Johnson admits that due process at the state level takes time. And it can give abusers a chance to cause more harm.

“The opportunity to re-offend while out on bond can be very problematic for us,” said Johnson. “So as we look at the U.S Attorney’s role, sometimes, because of the level of these crimes, we can get the offender to remain in custody until the trial, which absolutely helps us keep repeat offenders from committing harm in the community.”

Researcher April Zeoli says there are lots of reasons an abuser might not be issued a firearm restriction. Many prosecutors within local governments, she says, don’t have the tools they need to keep victims safe.

“For example, not all relationships that most people would consider intimate partner relationships qualify for the misdemeanor crime of domestic violence firearms restriction,” she said. “You have to be a current or former spouse. You have to have a child together. Or you have to currently live with the abuser. But dating partners are not included.”

Folks can date for years, and as long as they never live together, the firearm restriction cannot be used against an abuser, even if he or she has a history of domestic violence convictions on their record.

A 2018 study from the University of Pennsylvania found that as many as “80% of incidents in one study population” involve boyfriends and girlfriends.

The Issue Goes Beyond Law Enforcement

“It’s not a male or female thing. It’s really not,” Nealy Cox said urgently. “It is a community-wide issue. And men and women and all of us, we need to step up. And we need to figure out a way to do something about it.”

This initiative makes some advocates for domestic violence victims ecstatic. Jan Langbein is the CEO and founder of Genesis Women’s Shelter in Dallas. To end the violence, she said, “it takes a village.” 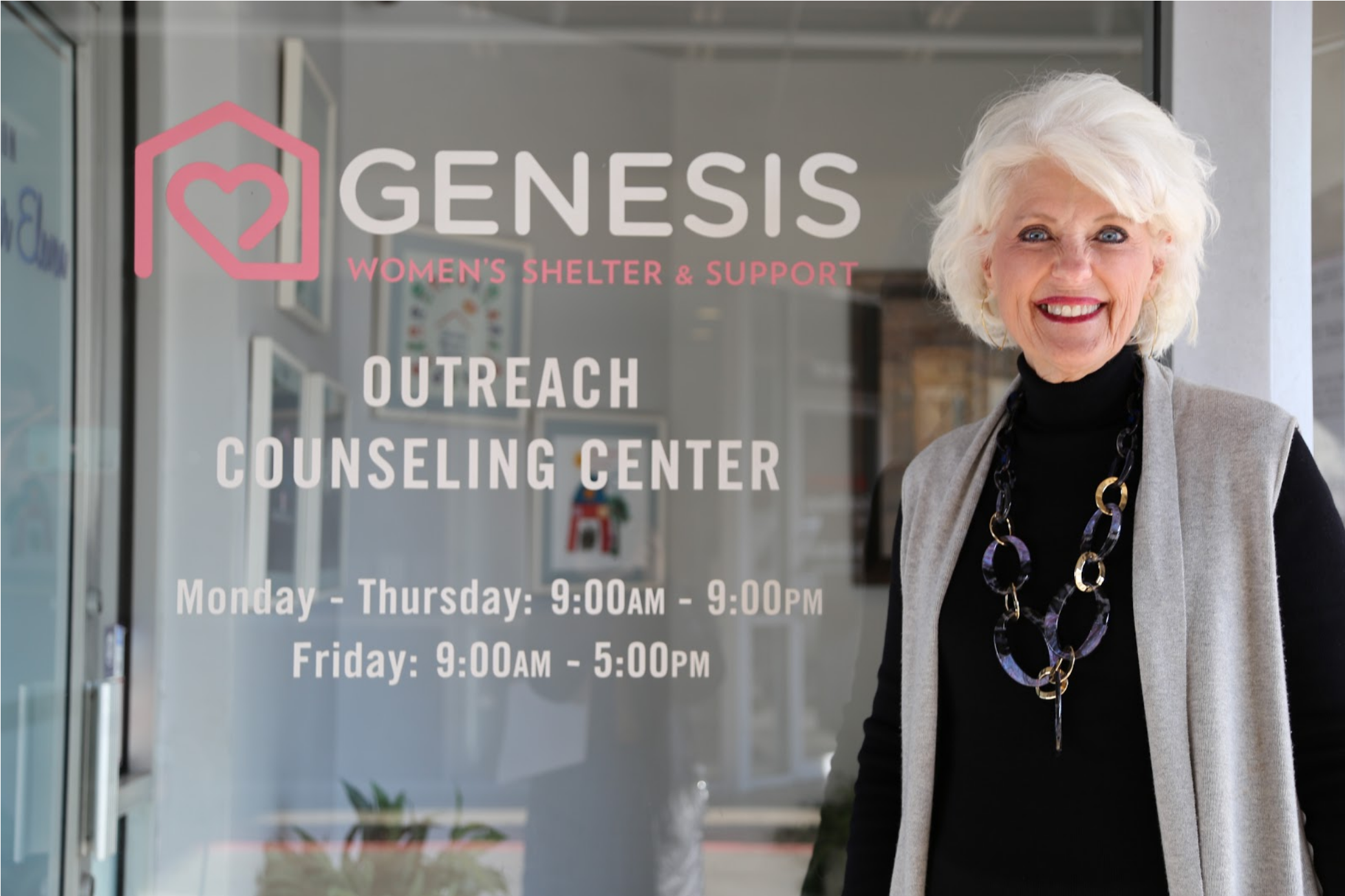 Jan Langbein is the CEO and founder of Genesis Women’s Shelter in Dallas. She has worked with the U.S. Attorney’s office in Northern Texas to inform women that the feds are here to help.

“The word is going to get out that if you’ve committed domestic violence, you shouldn’t have a gun,” said Langbein.

Langbein has worked with battered women for nearly 30 years. She’s had clients who were gunned down. And she understands better than most that there are limitations within the legal system.

That’s why Langbein and Genesis Women’s Shelter have partnered with Nealy Cox. She says that throughout her years working with women, they’ve been scared of retaliation.

“If they told,” she said, “the abuser probably spends four days in jail. Then he’s bailed out. And now, she’s home unprotected and here comes this guy with a gun.”

But now, Langbein says, resource providers can tell the abused: “Federal prison is no joke. This is not an open door. And they will not be released very quickly.”

Nealy Cox says it’s a chance for a fresh start. And she encourages neighbors, friends and others to start speaking up too.

Editor’s note: A previous version of this story included a headline that mistakenly used the word “jail” when referring to “prison.” This story has also been updated to correct the spelling of the Earle Cabell Federal Building and Courthouse in Dallas, Texas.