Our Morgan County 96.7 translator is currently off the air due to technical issues. Visit our Listen page for alternative streaming options. »

The Jayhawks: Forever The Green Grass

I still remember when I heard the Minneapolis band The Jayhawks' 1992 album Hollywood Town Hall for the first time. It was so fresh, yet so familiar at the same time, that I stopped dead in my tracks and declared it my favorite album of that year. Fast forward nearly 20 years later, after all the trials and tribulations a band goes through, and I found The Jayhawks live on The Morning Show playing songs from the recently reissued album (as well as 1995's brilliant Tomorrow the Green Grass). It occurred to me a few minutes before we went on air that, after so many years of loving the band, I'd never had a chance to see it live until now.

Just before we cut into the performance, I threw on a tune by Cut Copy, and The Jayhawks immediately picked up on it and started jamming along. It appeared the guys had never heard it before, but damned if they didn't have it totally covered by the end. You could see during the warm-up a friendly and improvisational vibe as they performed songs decades old.

During the session, the harmonizing between Gary Louris and Mark Olson was so dead-on, you realized why the two had to return to playing music together after each hiatus and solo project. You could hear a pin a drop as their voices trailed off to end each remarkable song. The Jayhawks recently announced a new album and tour this summer, and I plan to see the band live — with a crowd this time — and make up for all the performances I'd somehow missed. 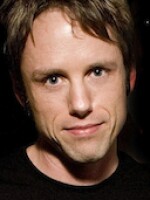 John Richards
John Richards is the host and producer of The Morning Show with John on 90.3 FM KEXP Seattle, and online at kexp.org. He is also KEXP's assistant program director.
See stories by John Richards
Latest Stories