Amtrak’s Southwest Chief is a long distance passenger train that travels daily from Chicago to Los Angeles.  Some riders travel the full route, others use it as their primary transportation between shorter distances.  The train follows the historic Santa Fe Trail, one of the oldest commerce routes in the American West.  Along the way, it passes through Southern Colorado—Lamar, LaJunta, and Trinidad—and then into Raton in Northern New Mexico.  But the rails are aging, and the Southwest Chief could be diverted, bypassing Colorado and Northern New Mexico entirely.

Led by a diesel-electric engine, the Southwest Chief traverses the plains of Southern Colorado and crosses Raton Pass on the way to its final destination. Passengers fill the sleeping, coach, and dining cars, and the renowned lounge car. Some read, others nap, but most keep an eye on the scenery sliding by.

Conductor Gary Norris is a self-proclaimed history buff, and recognizes the history of the Santa Fe Trail.

“We’ll be going right alongside it,” he says.  “You can still see the ruts that the wagons had made at that time. We’ll be going through other areas that were really significant for the Santa Fe Trail, around Wagon Mound, for instance. You’ll be seeing a lot of it.”

Norris helps run the train between La Junta and Albuquerque. He’s set to retire next year, but he’s concerned about his coworkers, depending on how the next few years unfold.

Amtrak’s Southwest Chief runs on tracks owned by Burlington Northern Santa Fe, orBNSF. Their current contract expires in 2016. For a new contract along the existing route, more than 630 miles of aging tracks need repairs so the trains can operate at standard passenger rail speeds. Those tracks span Western Kansas, Southeastern Colorado, and into New Mexico.

Amtrak Media Relations Manager MarcMagliarisays the Southwest Chief is already operating more slowly than it did five years ago.

“As the speeds go down, two things happen,” saysMagliari.  “One, the ability to get the train from one end of its route to the other, from Chicago to Los Angeles, gets longer. And the longer time that takes, the less time we have at either end to turn the train around and come back. And the longer that time gets, the more sets of Southwest Chiefs we would need to cover the route, which drives up cost.”

Magliarisays if costs go up, there’s less of a chance to compete with driving, which he says is their primary competition. And if costs go up for Amtrak, he says it makes financial sense for them to look at rerouting.

The current price tag for repairing the tracks is $200 million dollars.BNSFdeclined an interview, but in an email statement they said they’d continue to fund track maintenance for their lower speed freight traffic, and will accommodate whatever speeds Amtrak is willing to support.

A five-way partnership is on the table, between Amtrak,BNSF, Kansas, New Mexico, and Colorado, that would split the costs evenly to the annual tune of around $4 million each for ten years.

JimSouby, president of the rail enthusiast groupColoRailbased in Denver, says he’s optimistic, but recognizes it’s a steep hill to climb.

“As you know,” saysSouby, ”getting legislation through one state is a difficult proposition and we’re trying to do it in three.”

If rerouted, the Southwest Chief would go through Oklahoma and Texas, and then Southern New Mexico.

ButSoubysays it’s important to keep the route alive in Colorado.

“First, it’s the economics of the situation,” saysSouby.  “Second, it’s the mobility it provides, particularly for these rural residents that don’t have airports, have limited air service at all and are losing bus service. The third is just the heritage of the whole thing.”

And there’s an ally in Amtrak.Magliarisays the company wants these repairs, but recognizes there are a lot of moving parts.

“Nothing is easy,”Magliarisays.  “We believe the best decision is to stay put, and to improve where we are, and to make it work better, to make it work reliably, and to give people confidence that if they’re going to try to do transit oriented development around the station in La Junta or in Garden City [Kansas], that the train will be there next week, next month, next year, next decade.”

And for conductor Gary Norris, riding the train opens up nooks and crannies of the landscape from long ago. “You can just imagine those wagons coming through that area. I think we should most definitely stay on this line.”

The Southwest Chief serves about 13,000 riders in Colorado annually, and last year over 6,000 of them came from out of state. A recent economic study says those out of state travelers spend around $5.7 million annually in the Centennial State.

Individual legislatures are looking at the issue. A bill in Colorado that would create a commission to study the Southwest Chief, and the feasibility of adding a Pueblo stop, passed out of a House committee and is now in appropriations.

The Santa Fe New Mexican reports bills there stalled in the statehouse but an economic study has been approved. The paper also reports Kansas Governor Sam Brownback has previously expressed the state will not be able to contribute financially without the support of the four other entities.

Amtrak’s Magliari says they’ll have to begin next year to prepare to reroute the Southwest Chief if there’s no clear path forward by the end of this year.

This story is the first in a series of planned reports on the Southwest Chief. 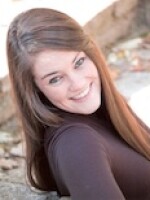 Maggie Spencer
Maggie is a senior at Colorado College, wrapping up her degree in Feminist & Gender Studies and Journalism. She began her work as a KRCC newsroom intern and a radio journalist in the fall of 2013, but previously worked in print and television news. Hailing from back east—Cincinnati, OH to be exact—Maggie enjoys the daily views of the mountains here in Colorado, and the ever-present sunshine. She can be found reading home improvement blogs, creating innovative kitchen concoctions and dressing up in costumes from her impressive collection.
See stories by Maggie Spencer 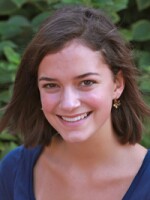 Martha Perez-Sanz
Martha Perez-Sanz is a student at Colorado College, working towards a major in Anthropology and a minor in Journalism. She’s been interning in the News Room since 2011 and loves keeping track of what’s going on in her college’s city. Born and raised in Chicago, Martha can’t get enough of the Front Range and likes to have it within her sight at all times. Martha is an avid power walker, amateur grocery shopper, and professional chatterbox. See below for Martha's recent work; click here for Martha's archived work. Follow Martha on Twitter at @MarthaPerezSanz.
See stories by Martha Perez-Sanz
Latest Stories