Members of the Northwestern Band of the Shoshone and others, numbering in the hundreds, have gathered here in the Cache Valley to drum and to grieve. They are here to mark the anniversary of a tragic event, considered by some to be the largest massacre of Native Americans in the history of the American West.

On January 29, 1863, the U.S. Army killed most of the Northwestern Band of the Shoshone at a place called Bear River.

Today, a line of cars and pickups stretches along both sides of the roadway where the crowd listens attentively to Darren Parry, the chairman, or chief, of the Northwestern Band of the Shoshone Nation.

“Up until a few years ago, the memorial was attended by a handful of natives from a variety of tribes,” Parry said, delivering his message from behind a podium on a makeshift plywood stage as Idaho Governor Brad Little and Utah Attorney General Sean Reyes look on. “Strangely absent were members of the Northwestern Band of the Shoshone Nation.”

More Than A Plaque

For years, Parry has been working from his office in Brigham City, to build awareness about what happened to his people here.

Parry, who is 5’8” and stocky, says he is about the same build as his third great grandfather, Shoshone Chief Sagwitch, who survived the massacre.

Before the event, Parry gave a tour of the site of the massacre, leading the way down a country road off the highway. There, he explained that the snow-covered field before him holds more than meets the eye.

Parry’s vision is to build an interpretive center to explain what happened here and share the tribe’s story. But for now, the site is marked in other ways.

The Daughters of Utah Pioneers erected two plaques on a rock pillar beside the highway, one in 1932 and another in 1953. The National Park Service also put up interpretive signs nearby in 1990, after Parry’s grandmother, Mae Timbimboo Parry, petitioned the federal government.

Up until then, the United States referred to what happened here as “the Battle of Bear River.” Parry’s grandmother pushed the government to change the name to the more historically accurate “Bear River Massacre.”

“I would talk to old farmers years ago that said, ‘Yeah, our grandparents would talk about — they said every time he’d plow the field human remains would come up,’” Parry said. “So the farmer decided to stop plowing his field and decided to just graze cattle on it instead.”

An Ancestral Home Becomes The Frontier

The Cache Valley is protected from harsh winds, and its rivers are lined with hot-springs. For eons, it was the homeland of the Northwestern Band of the Shoshone. the grasslands were rich with deer, elk, moose and bison. Edible plants like wild potatoes and chokeberry, cattail bulbs, sego lily, elderberry and wild current, also grew prolifically in the area.

The land was sacred for Parry’s ancestors, he said, and the perfect spot for a winter camp.

“It was a place that the Mormons hadn’t discovered yet,” said Parry. “They weren’t that far north yet. And so, our people would come here and spend a lot of time here because of the river and the natural resources that were here.”

During the mid-1800s, Mormon settlers began encroaching on the tribe’s territory from the south, while immigrants on their way to California and on the Oregon Trail brought additional pressure. In the middle were the Shoshone led by Chieftains Sagwitch, Pocatello and Bear Hunter.

There were skirmishes with settlers as Native Americans, who didn’t have any concept of personal property, stole horses and killed cattle for food. Settlers expanded north, building homes, bringing cattle and erecting fences. They also began hunting wild game, which reduced the size of herds, taking away the Shoshone’s prime spots for gathering wild food.

Settlers wrote letters to Brigham Young in Salt Lake City to complain about conflicts with the Shoshone. Some of those letters were sent to a federal judge who ordered arrest warrants for tribal leaders. Col. Patrick E. Conner’s California Volunteers were sent to make arrests.

The Army, stationed at Camp Douglas to guard the overland trail and telegraph route during the Civil War. Soldiers were also positioned to keep an eye on the Mormons, whom the federal government had deemed unamerican and distrusted.

“They’d signed up to fight the Civil War and now they were stuck doing a job that they didn’t want to do,” said Parry. “So, now they’re getting word that there is an “Indian Problem,” not very far away.”

In the early morning on January 29, 1863, in frigid temperatures, Connor’s troops arrived at the rim of the valley on the backs of more than 200 steaming horses.

“It was decided after an hour of the battle that to save on ammunition that instead of shooting babies and children … dismount … grab them by their ankles and … swing them around and bash their heads out, their brains out on the rocks,” he said.

This version of events differs from military historical records.

Within hours the soldiers had killed hundreds. Historical figures vary, ranging from 224 — the official report by Connor — to a settlers’ report that pegged the number at almost 500 dead.

For his near annihilation of the tribe, Connor was promoted to brigadier general.

Paul Reeve, a University of Utah history professor who focuses on the Mormons, Utah history and the American West said Bear River is the largest single massacre of Native Americans in the trans-Mississippi west. But hardly anyone knows about it.

“It’s frustrating to historians who study Utah History, who study the American West that even textbooks of Native American history sometimes fail to include it,” he said.

Reeve said it’s important to place the massacre within the broader context of what government officials referred to as “The Indian Problem”. Native Americans were seen as an inferior race that was standing in the way of manifest destiny

As American power and population grew in the 19th century, the United States gradually rejected the main principle of treaty-making — that tribes were self-governing nations — and initiated policies that undermined tribal sovereignty. That included raids taking place between Mormon communities and the Native Americans, Reeve said.

Reeve said that there was ongoing tension among different groups — miners traveling west in search of wealth, Mormon settlers occupying traditional Native American lands, federal forces that were stationed in the West during the Civil War — that overlapped in a horrific sequence of events that led to the Bear River Massacre.

Around 150 members of the Northwestern Band of the Shoshone survived. Many converted and became members of The Church of Jesus Christ of Latter-day Saints, including ancestors of Parry and Patty Timbimboo-Madsen.

“We need to remember those that were lost, but be thankful for those who lived through it,” said Timbimboo-Madsen, who is working alongside Parry to ensure the story of what happened at Bear River isn’t forgotten.

“It’s important for our children to know and understand.

“As a tribal member, it is your responsibility to pass on the knowledge of the tribe and I think their efforts to do this will make it easier for them to know and to understand and to be proud of who they are.”

The tribe has strategically bought up the land — roughly 700 acres — on which the massacre took place, with the intention of building an interpretive center to educate the public. Tribal members have raised $1.5 million of the $5 million needed to construct it. Parry hopes to break ground on the project by 2020.

The Church of Jesus Christ of Latter-day Saints and the state of Utah both plan to contribute funds.

As Parry looks out over a field of snow under which lay his ancestors’ bones, he explains his grandmother told him that in the evening, you could sit and hear the little ones killed there crying among the willows.

Parry said the Bear River Massacre has taught him the importance of forgiveness, but, it has also brought home the importance of not forgetting. A person, and a nation, can only begin to heal from something when they completely understand it, he said.

“Once you have the whole story then you can begin to heal as a tribal community,” said Parry. “Once I know you’re listening to me, honestly listening to me, and you want to know, then the reconciliation comes into play.”

Truth and reconciliation, two things Parry explained he hopes are possible, at least in his corner of the American West. 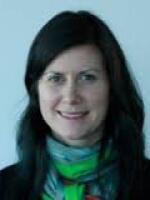