On the cottonwood-lined main street of Severance, Colorado, birdsong fills the air on a sunny May morning. It’s soon drowned, though, out by the roar of a backhoe.

“(We’re) a very quickly growing community in northern Colorado, I think a really good community but definitely have seen a lot of growth,” said Severance’s community development director, Mitch Nelson. He noted that one of the biggest challenges his town faces as its population climbs toward 8,000 is securing enough water for continued growth.

That wasn’t something Severance had to worry about just a decade ago. Now, as drought strains much of the state, and tens of thousands of newcomers move to the busy Front Range each year, towns like Severance are thinking about growth – and water usage -- in ways that they never have before.

“In the past, the town’s future goals, from a land use standpoint, weren’t discussed alongside water conservation,” said Nelson. “That was the first step.”

As these towns compare their existing water supplies to the needs of the new residents and businesses coming their way, they anticipate needing more water. But figuring out where this new water will come from is another question. While large cities on the Front Range have senior water rights and long-established supplies, small towns like Severance usually do not.

Severance gets its water from the Northern Weld County Water District, which in turn draws on the Colorado-Big Thompson project. The CBT, as it’s called, delivers water to more than a million Front Range residents each year. That water comes from the state’s Western Slope, where snowmelt in the headwaters of the Colorado River is diverted through a tunnel under the Continental Divide.

However, one unit of CBT water is now approaching $65,000, double what it cost just a few years ago, thanks to rapidly escalating demand and shrinking supplies due to a decades-long drought. A unit is enough to serve two average households in northern Colorado for one year, and back in 1990 sold for just $1,500.

The burgeoning price of new supplies means that towns have a financial incentive to conserve their existing water instead of simply trying to buy more. Lindsay Rogers, the Colorado Basin Program Manager for the WaterNow Alliance, says that the choice is obvious. “For communities like Severance, the cost per acre foot of conservation is significantly less expensive than new supply.”

Conserving water is also cheaper for homeowners; their rates don’t have to be increased to cover expensive new water sources. But conservation alone can’t meet all of a town’s future water needs, said Severance’s Mitch Nelson: “You have to do both. You have to acquire the potable water because that is what people use to drink, and reduce the usage of water for irrigation.”

That reduction in irrigation water is mostly going to happen in new developments, as towns like Severance work to integrate water planning into their land use planning for the future.

Making growth water-smart from the start provides more bang for the buck.

“When you think about integrating land and water, it’s so that developments are made to be more water efficient from the start,” said Erin Rugland, program manager at Babbitt Center for Land and Water Policy, a nonprofit helping communities in the Colorado River Basin with planning.

For example, new homes can be landscaped with water-thrifty native plants rather than expanses of bluegrass lawns. Those kinds of changes, Rugland notes, are easier and more effective than trying to provide incentives for individual homeowners or businesses to reduce their existing water use.

Towns can get help with planning from the state of Colorado, and through nonprofits like the Babbitt Center, the WaterNow Alliance, and the Sonoran Institute. Severance participated in WaterNow’s training last winter, and will get ongoing support from the group’s experts. In January, it approved an updated comprehensive plan.

The final plan, which will guide the town’s land use code, incorporates water conservation throughout, and is in line with state objectives for water planning. Severance’s plan identifies opportunities like adopting water-efficient regulations for landscaping, requiring developers to secure their own water supplies for new subdivisions, and working with the North Weld County Water District to develop a fee structure that will encourage conservation.

Future growth areas for the town are highlighted in different colors on a large map on Nelson’s office wall. “The town core is intended to be mixed use housing, higher densities, commercial,” he said. “And then that brown area is where we’ll see the majority of our growth.”

Beyond that brown area, the map shows big light green swaths of rural lands that will remain rural, Nelson said.

Other small Front Range towns, such as Frederick, Johnstown, and Evans, have created similar maps and plans. They’ve implemented water efficiency improvements and passed conservation ordinances. And they’ve also bought out farms to use the water rights for more subdivisions.

Severance is trying to avoid that, Nelson said. “I think the goal is to maintain those historic uses and not dry this area up,” he said, “but allow for small scale farming all the way up to the standard agriculture operations we’ve seen historically.”

These Front Range towns will keep growing for the foreseeable future. But planning now for water conservation can take some of the pressure off, allowing towns to not have to compete quite so hard for their slice of the region’s limited water supply.

This story is part of ongoing coverage of the Colorado River basin, produced by KUNC, and supported by the Walton Family Foundation. KUNC is solely responsible for its editorial content. 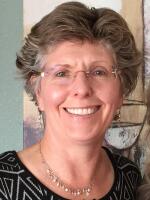 Jodi Peterson
Jodi Peterson grew up on Colorado’s Front Range and attended Colorado State University, earning a B.A. in English and an M.A. in communication development. She spent 16 years working as a technical communicator with computer company Hewlett-Packard, then made a career shift to journalism. In 2005, she became news editor for the award-winning nonprofit newsmagazine High Country News; later she served as its managing editor for five years. In 2017, she went part-time as a contributing editor. Jodi was hired as KVNF’s news director in April 2019, and shifted to the news editor role in November 2020.
See stories by Jodi Peterson
Latest Stories