Investors, not homeowners, are buying more and more Colorado homes – and rents are going up

An increasing percentage of homes sold in Colorado and across the country are being bought by investors, according to data released by Stateline, an initiative of the Pew Charitable Trusts.

Meanwhile, the higher investor share is driving up rents for many suburban families. In some cases, investors have out-bid potential first-time home buyers, keeping homeownership out of their reach.

The data show that 24% of all Colorado single-family homes sold in 2021 were purchased by investors rather than private homeowners, mirroring the national average. The percentage also remained high for the first part of 2022, decreasing only slightly to 22%. That’s up from an investor share of approximately 15% in 2020. Before that, it had been relatively unchanged year over year since 2012.

The bulk of the investors were small groups, while only a few are so-called “mega-investors,” who own at least a thousand homes.

Investors purchased a significant portion of the market during the Great Recession more than a decade ago, when many single family homes nationwide went into foreclosure. But their share jumped even higher during the COVID-19 pandemic due to increased demand for suburban housing. 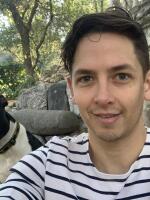