Adult Onset Hunters: A New Type Of Sportsman Could Be The Key To Funding Conservation | KUNC

Adult Onset Hunters: A New Type Of Sportsman Could Be The Key To Funding Conservation

A few weeks back, I found myself being pelted with snow, on an unnamed ridge, high above the aptly named Roaring River in central Idaho.

My eyes peeled for elk, I was trudging behind a friend with a rifle in one hand, trying not to trip on the trail-less mountainside.

How did I get here?

According to Land Tawney, president of Backcountry Hunters and Anglers, there’s a name for it:

“It’s called adult onset hunters,” he said. “Sounds like a disease but I guess it’s a good disease to have. It’s really these people who are in their 20s, 30s, 40s who didn’t grow up hunting and fishing and now want to get into it.”

There’s a symbiotic relationship between hunting and conservation — and not just some romantic notion of our hunter-gatherer roots. 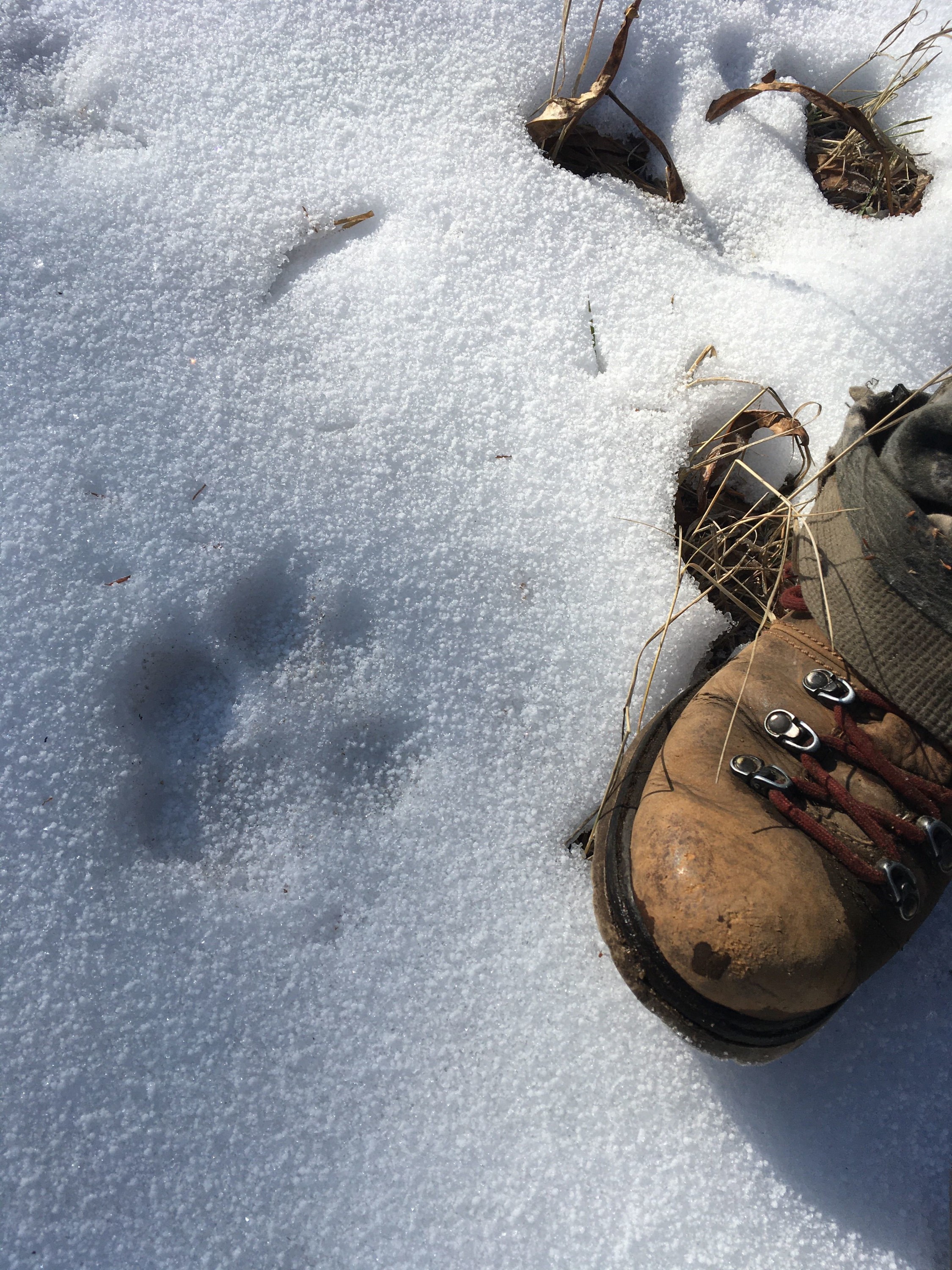 A wolf track in the snow, next to the reporters right foot, found during an elk and deer hunt in central Idaho.

But with the number of hunters on the decline, stakeholders are banking on attracting a different type of hunter to fund needed conservation efforts.

To that end, Tawney’s organization, Backcountry Hunters and Anglers (BHA), has created a five-week intensive class called “Learn To Hunt.” New hunters learn about gear, ballistics and go shooting at a gun range (rifles provided). The course culminates in a hands-on tutorial about what to do after you bag an elk.

Earlier this fall, a group of aspiring hunters in the class gathered in Boise, Idaho, and huddled around an elk carcass as Idaho Department of Fish and Game biologist Katie Oelrich demonstrated how to field dress an animal. 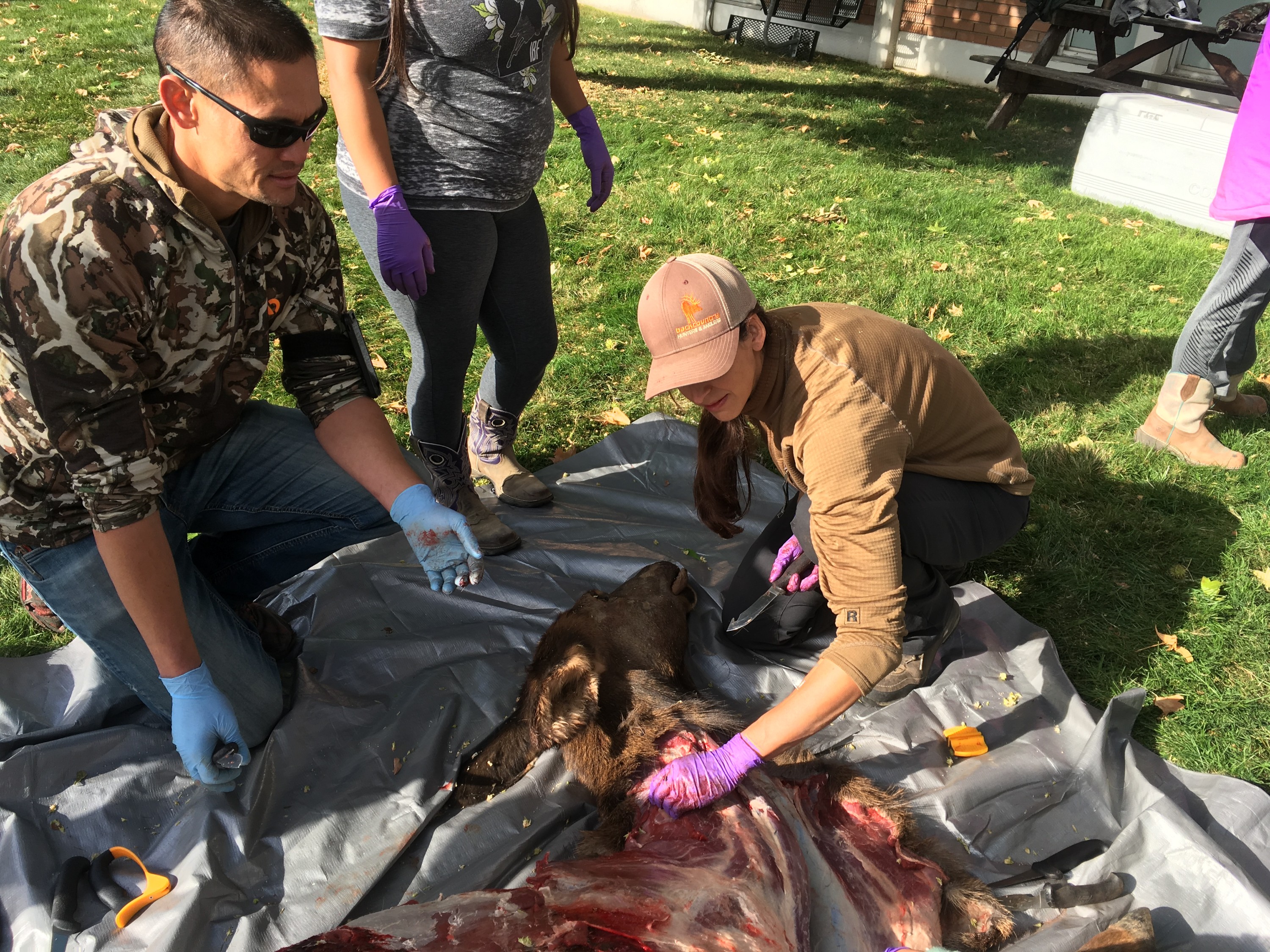 Katie Oelrich, right, an Idaho Fish and Game biologist, demonstrates how to field dress an elk to Paul Knepper, left, as part of Backcountry Hunters and Anglers’ “Learn To Hunt” Program. The course aims to get new hunters into a sport that’s on the decline across America.

Oelrich gives some practical advice on what to do with a downed elk before getting to work on skinning and quartering it.

“Oftentimes animals are not always on a nice, flat, open meadow,” she said. “You want to get to a spot where you can actually work because you do not want to be standing uphill on a slope the entire time with your legs locked trying not to fall over.”

This is what Paul Knepper signed up for.

Knepper moved from Austin, Texas, to just outside of Boise. Then he signed up for “Learn To Hunt.”

“As a kid growing up I always lived in urban areas,” he said.

But as he got older he started feeling a pull.

“I wanted to be more involved with nature,” he said. “And part of that is obviously understanding your food supply and where that comes from.”

States are counting on new hunters like Knepper because the number of hunters is declining. Two million fewer people went hunting in 2016 than went out in 2011 according to the U.S. Fish And Wildlife Service.

But why should Americans care about the decline of an activity most don’t take part in?

The bulk of state wildlife agencies’ funding comes from hunters in the form of licenses and taxes on guns and ammunition.

That same U.S. Fish and Wildlife study showed hunters spent nearly $10 billion less in 2016 than they did in 2011. Ian Malepeai, marketing manager for The Idaho Department of Fish and Game, said his agency is trying to get ahead of that trend by partnering with groups like BHA on the “Learn To Hunt” program.

“Across the nation we had seen a significant decline in hunter and angler participation and some states were hit pretty hard by that,” he said.

The connection between sportsmen and conservation goes back 140 years, Tawney says.

He says it began with the preservation of public lands by statesmen-hunters like Theodore Roosevelt in the 19th century.

In the 1930s, when so-called “market killing” started decimating American wildlife to feed demand at big city restaurants, hunters realized a change was needed. So they got together and came up with rules to keep their sport alive.

They agreed to tax themselves through acts like the 1937 Pittman-Robertson Act and the Duck Stamp that to this day raise hundreds of millions of dollars.

While Malepeai’s title is marketing manager, he’s really more of a recruiter for new hunters. He says hunting can be intimidating for the inexperienced. Barriers to entry can include being unfamiliar with firearms, not knowing where to hunt and not having anyone to hunt with.

“We want to provide as many tools as we can to get people over that mental barrier,” he said.

Mentoring The Next Wave Of Hunters

So, back to those snow-dusted mountains in Idaho.

The culmination of the “Learn To Hunt” course is a mentored hunt. So I call up my friend, Roger Phillips, and we trek into the endless Idaho backcountry. 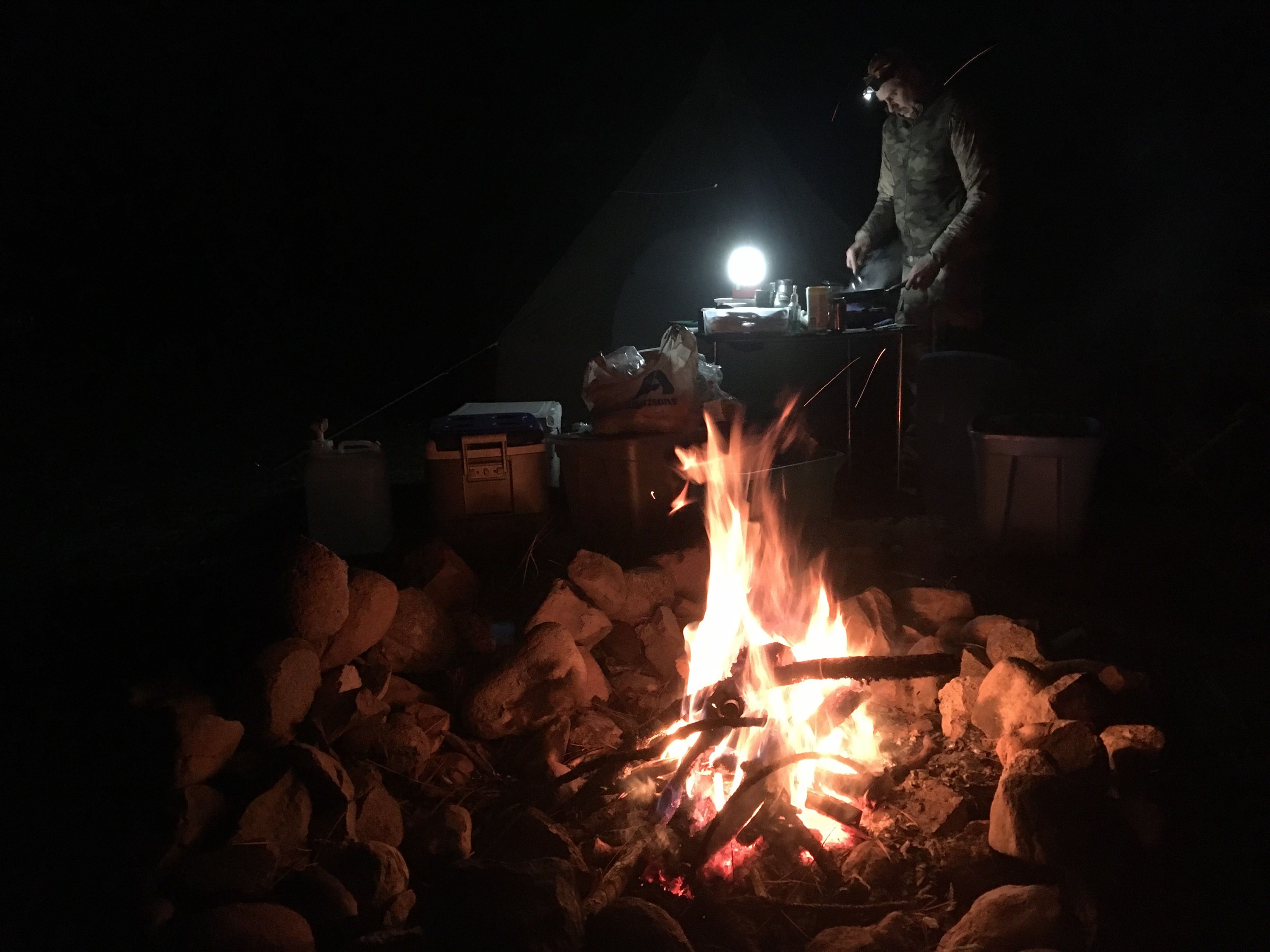 Roger Phillips prepares dinner at camp during a deer and elk hunt in central Idaho. Hunting has been declining in America, meaning less money for state conservation efforts.

It takes us three days, but we finally get close to a herd of elk.

We see five of them through binoculars feeding on a hillside about 1,000 yards away. The question is, where are they headed? We quietly hatch our plan to stalk as close as possible without them getting wise to us.

Roger says this game of cat and mouse with big game is part of what he loves about hunting.

“This is where the f—— chess game starts,” he whispers. 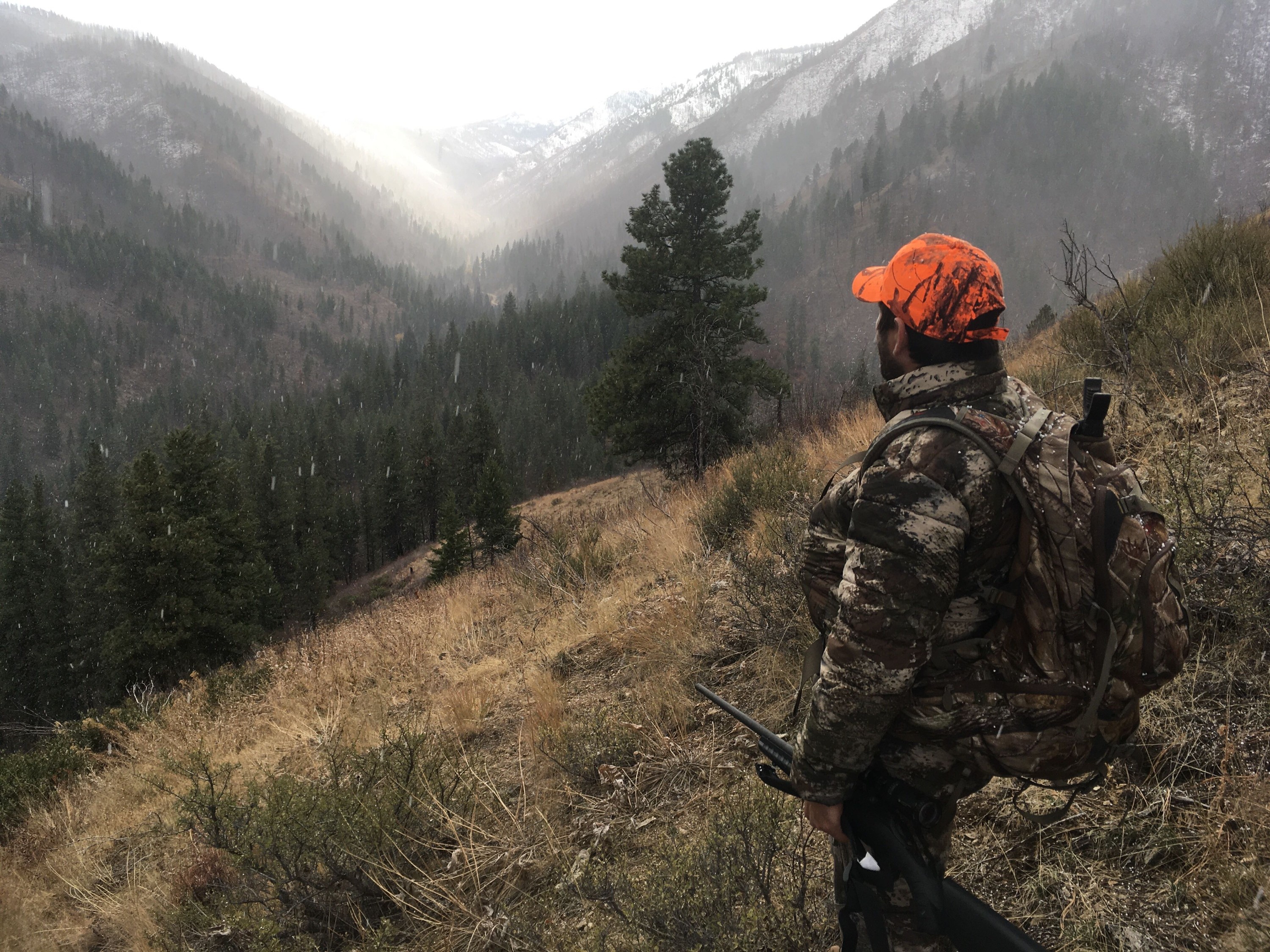 Heath Druzin looks out across the central Idaho backcountry during a big game hunt in October. Across the country hunting is on the decline and state wildlife agencies and hunting groups are trying to recruit new sportsmen. 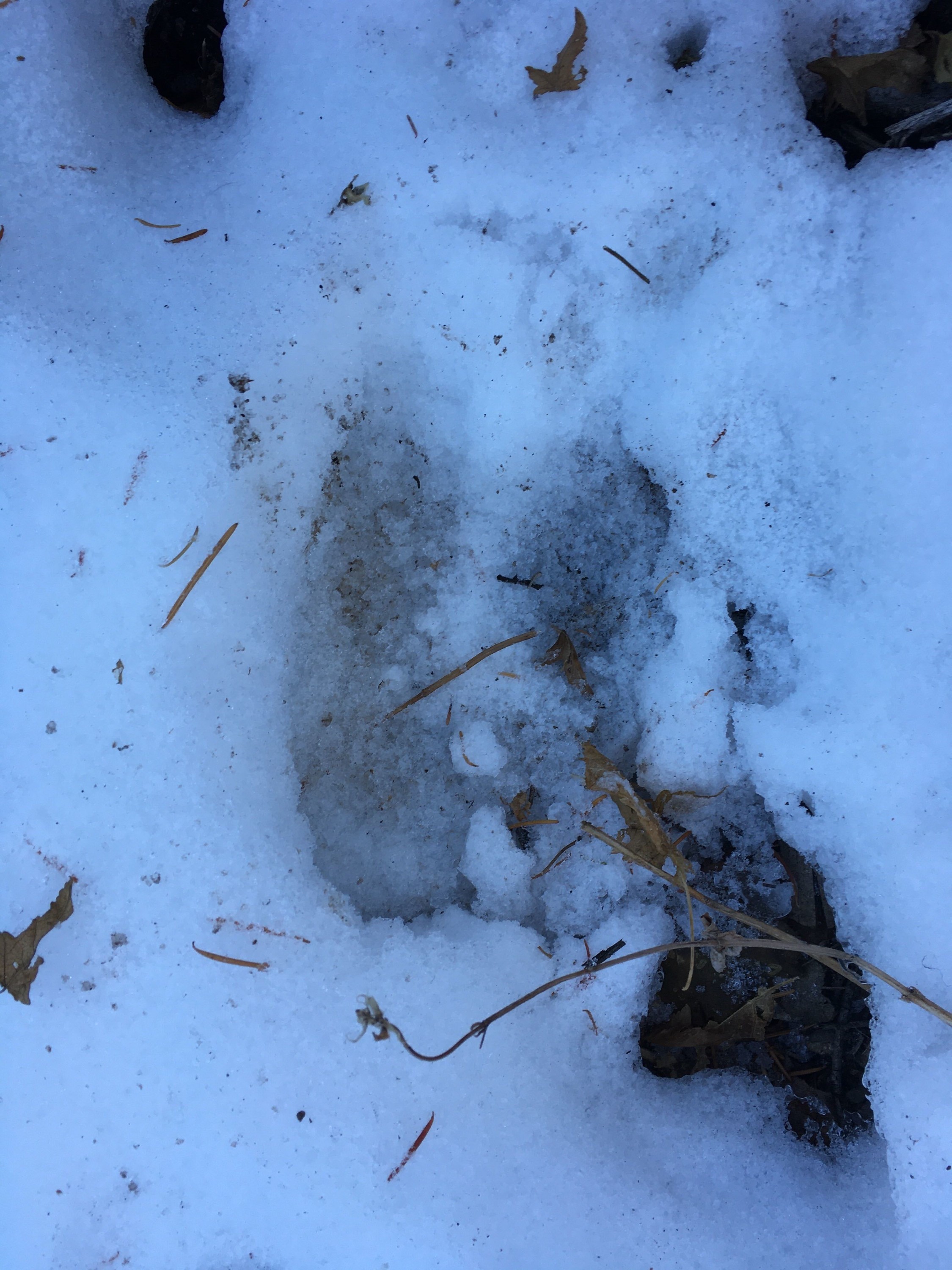 An elk track seen during a big game hunt in October in central Idaho. This year’s elk hunt wasn’t quite as successful as hoped, but I’ll be back.

So we take a risk and try to get closer, diving through brush, and crossing a creek to get above the elk.

But our luck runs out: As soon as we cross the creek our boots loudly crunch through a crusty layer of snow.

Our cover blown, the elk take off. Roger tries to coax them back with a call but it’s too late. They’re gone.

We’re running out of daylight, so we head back to camp and pack up.

We got close, though, and I’ll be back next year.