After Death Threat, One Colorado Doctor Feels Safer Without A Gun

As a young kid growing up in Northern California, Wallace discovered his dad’s handgun in a dresser drawer but was scared of what his dad would do if he touched it. He had a BB gun when he was young but preferred to play baseball, and has never been interested in hunting.

But his relationship with guns completely changed seven years ago when one of his patients threatened to kill him.

Wallace, now an associate professor of Medicine at the University of Colorado School of Medicine and a member of the Colorado Firearm Safety Coalition, recently organized what he calls a “‘Think Tank”‘ on reducing firearm violence. It was there that he shared his story. 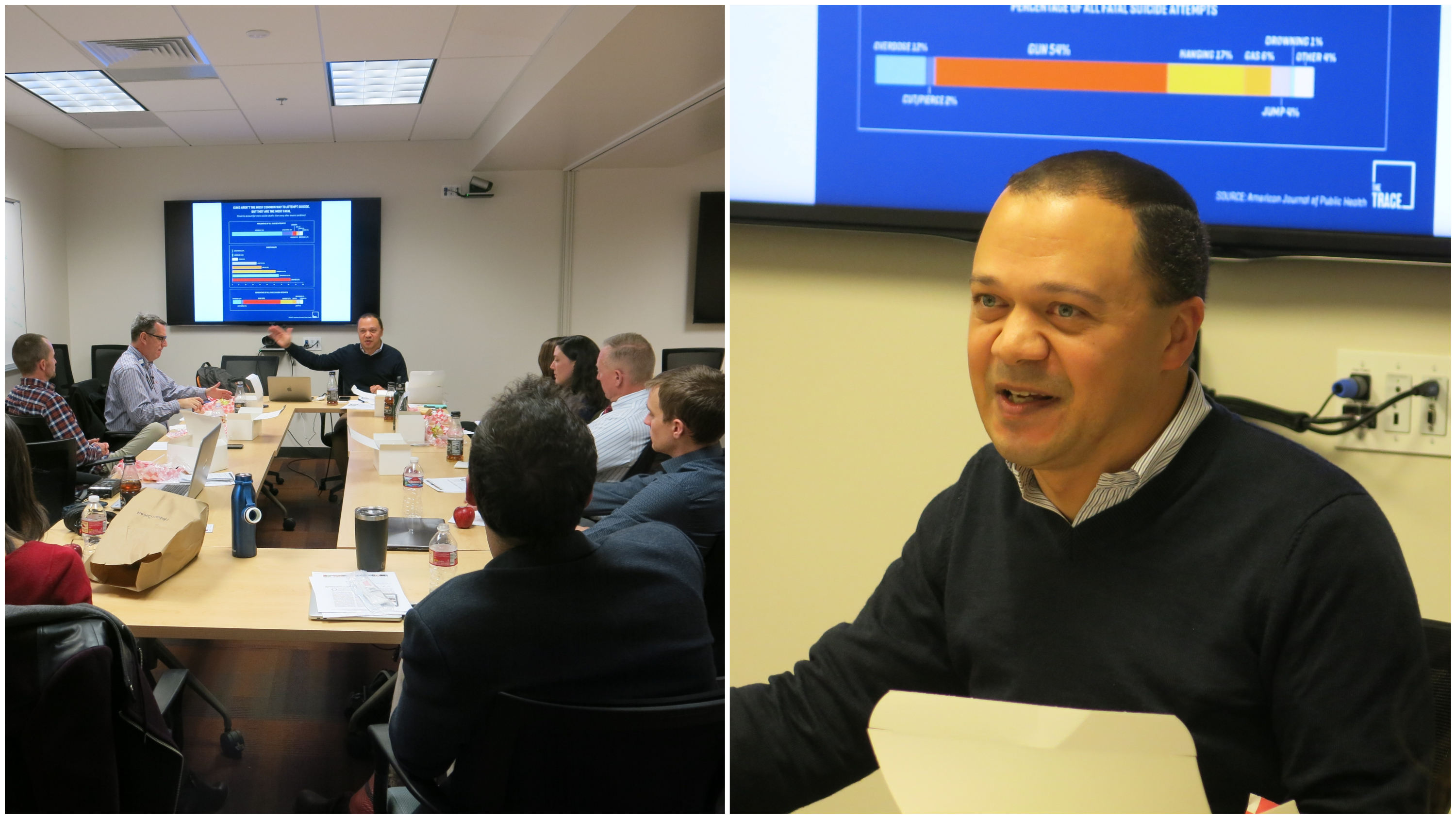 Dr. Erik Wallace’s “Think Tank”, left, on reducing firearm violence. Wallace on the right, sharing his story with those gathered.

“This was now six to seven years ago when I saw a patient in Tulsa, Oklahoma, in my practice,” he explained. “And I was ushered outside of my exam room by my department chair and a security officer who were telling me about a person who called the clinic saying ‘I’m going to come up there and kill Dr. Wallace.'”

He believes the threat came from a patient who had gotten upset the previous day when Wallace refused to prescribe him more opioids.

“It kind of rocked my world a little bit because I didn’t know if leaving clinic that day someone was sitting there ready to take me out,” Wallace said. “I didn’t know if someone was going to show up at my house and come get me or my kids or my wife.”

That was the day Wallace thought more about his own security.

“It was really disconcerting” Wallace said, “so I had to seriously think about ‘Do I need a firearm for protection?'”

The death threat marked the beginning of Wallace’s journey to learn more about guns. Back then, he specifically wanted to know whether or not he and his family would be safer with a gun in the home.

“So it was one of those things, where emotionally, I can see how people would want to run into the store and get a firearm to protect themselves,” Wallace said. “I totally understand that because I felt that to some degree. But I also recognize that, like what I do for my patients in terms of discussing risk and benefits, I felt like I needed to do that for myself, as well.” 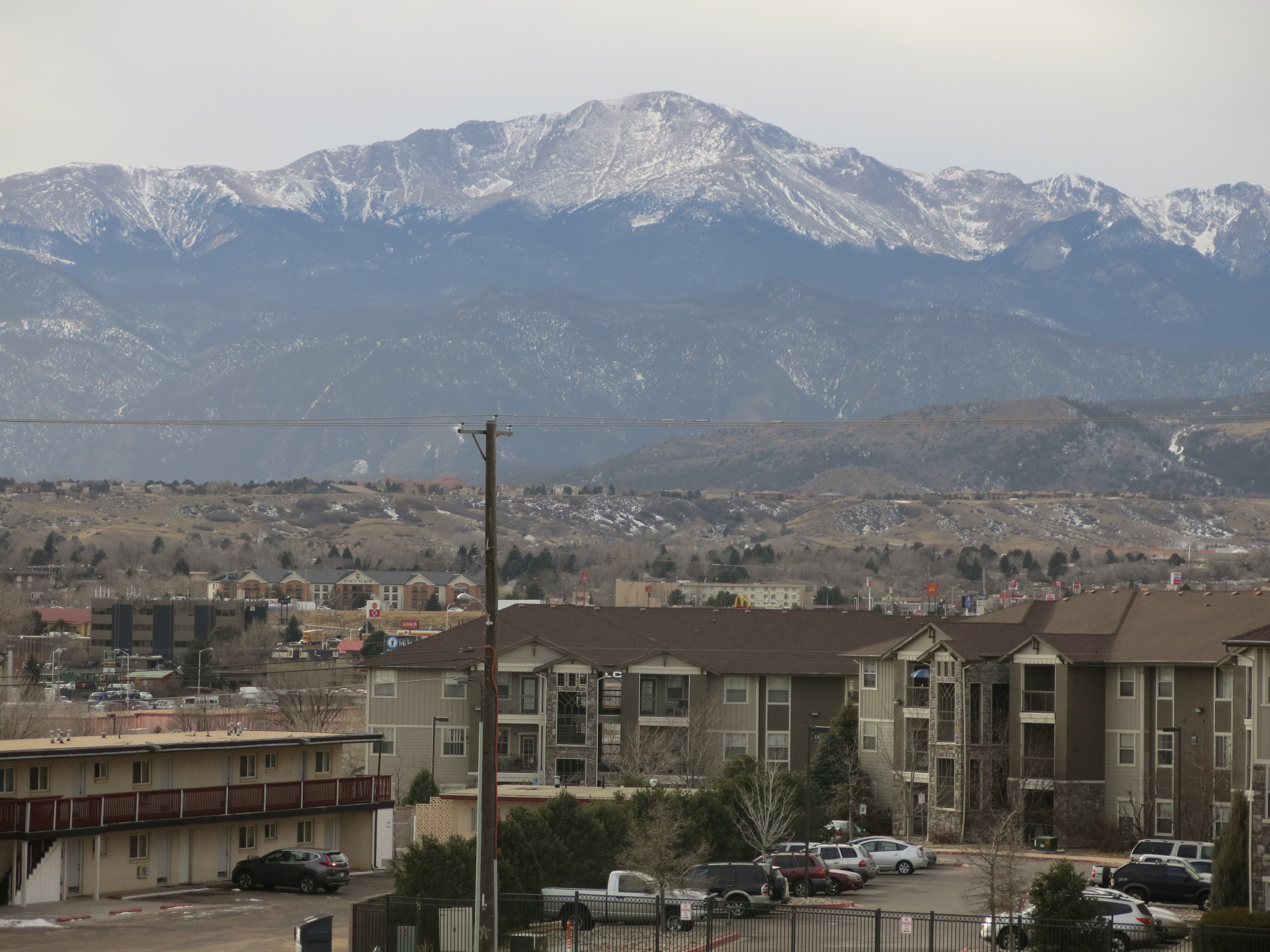 “The greatest risk of injury or death for someone who owns a firearm is to the firearm owner,” he said.

Nationally, nearly 24,000 people died by firearm suicide last year. In 2016, Colorado was in the top 10 among states with the highest rate of suicides per 100,000 people. And between 2004 and 2017, more people died by suicide in El Paso County, where Wallace lives, than in any other county in Colorado.

The second factor Wallace focused on was the risk to his children.

According to a brand new study published in The New England Journal of Medicine, in 2016, more than 3,140 kids died from gunshot wounds, around eight children each day. The majority of these deaths were homicides and suicides. Accidents are more rare.

“The thought that one mistake, one time, could lead to the death of one of my children, I can’t handle that,” Wallace said. “That’s not a risk I wanted to take.”

Given all of this, Wallace decided not to buy a gun for protection. For him, the risks outweigh the benefits.

“I can sit here and I can 100-percent guarantee that no one in my household will die from a firearm that I own,” said Wallace. “I can guarantee you that because I don’t have one in my house.”

He emphasizes that he believes there are legitimate reasons to own firearms: for sport shooting, hunting and even self-defense.

Many Americans make a different calculation.

“They may live in a neighborhood that is far more dangerous, where that threat is much more real on a regular basis. And that level of risk may be much higher to where the benefit of owning that firearm for protection makes a lot more sense,” said Wallace. “But for me personally, the numbers just didn’t match up.”

According to a 2017 poll by the Pew Research Center, 67 percent of gun owners said protection was a major reason for owning a gun.

A study from the Harvard School of Public Health published in 2015, however, indicates that gun owners don’t often use their firearms for self-defense. The researchers found that individuals used guns for self-defense in just under 1 percent of crimes where there was personal contact, like robbery or assault.

Clockwise from left: Dr. Erik Wallace and Jacquelyn Clark, owner of Bristlecone, a gun shop and range near Denver, Colo. Top right: Wallace holds a gun as he and Clark discuss safety. Bottom right: A selection of handguns at Bristlecone.

For his part, Wallace is continually working to learn more about guns and continue the conversation around gun safety. He has gone out shooting a few times and advises his medical students on how to talk to their patients about firearms.

As part of that effort, we went to Bristlecone, a gun shop and range near Denver, for a different perspective on fear and firearms.

The shop was big and bright. A large, decorated Christmas tree was set up in the middle of the sales floor. 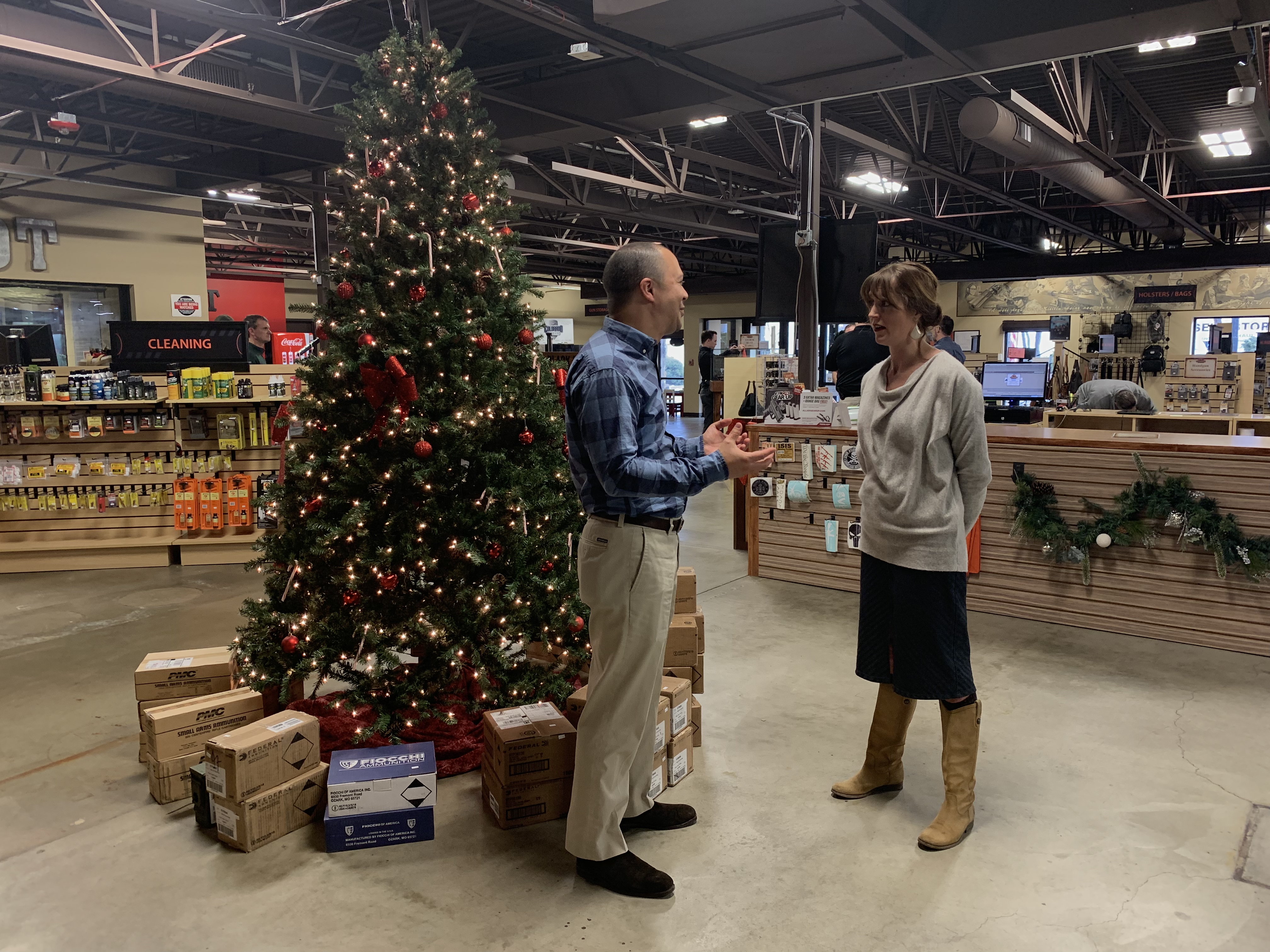 Jacquelyn Clark, who owns Bristlecone, said that more customers come in looking for a firearm as a means of protection as opposed to recreation. They worry about everything from the threat of mass shootings to being unable to flee from an intruder due to old age. Clark herself got into shooting after a home invasion scare.

Wallace had a lot of questions for Clark: Why are certain types of guns better for self-defense? Do Bristlecone instructors talk about the risk of suicide during gun safety courses?

Clark and many of her customers have made a different calculation than Wallace.

“In my opinion … you’re a little bit more in control of your safety than without [a firearm] in the home,” she said. “However, it only makes you safer if you store it safely… but yes, overall, I feel safer with a firearm in my home.”

“I see fear and the fear comes from a lot of different places,” Wallace explained. “So the fear around firearms for me has to do with the fact that, number one, firearms were created for the purpose of killing.”

That is top of mind for Wallace.

“I don’t want to kill anyone,” said Wallace, “and there’s also fear around, if that firearm is not handled appropriately, the consequences.”

It’s especially true when it comes to teens.

“When you have a child who is in crisis, the teenager who is very impulsive … at the time, may have had a really bad day, a breakup, bullying and the stress has gotten too much and they know ‘Oh my dad keeps that firearm in his dresser drawer.’ That’s a pretty horrible consequence,” Wallace said. “And those are some of the things that scare me. Because I’m a father of a teenager now who has been struggling. There’s no way I would have firearms in my home.”

For more perspectives on what people see when they look at a gun head to gunsandamerica.org.

Want to share what you see when you look at a gun?

Send us a note.