One day not long ago, James Banks, 18, was sitting in his house in the St. Clair–Superior neighborhood in Cleveland. He picked up a tape recorder and turned it on.

“If you can really listen out the window, to two streets down, it just sounded like a full-on war out there,” Banks said.

The sounds were coming from a shooting right around the corner at 3 p.m. on a Wednesday.

Sometimes, in the back of his mind, Banks worries that a bullet could come through a wall or window into his home. But on this Wednesday afternoon, he was safe and he went right back to watching TV.

Gunshots are a common thing in Banks’ neighborhood.

Last year, there were 108 murders in Cleveland. That puts the city in the top 10 for highest murder rate per capita nationwide.

Driving around the mostly quiet St. Clair-Superior neighborhood one afternoon, past the now-empty lots where abandoned houses once stood, Banks described how after a while the sound of gunfire becomes normal. 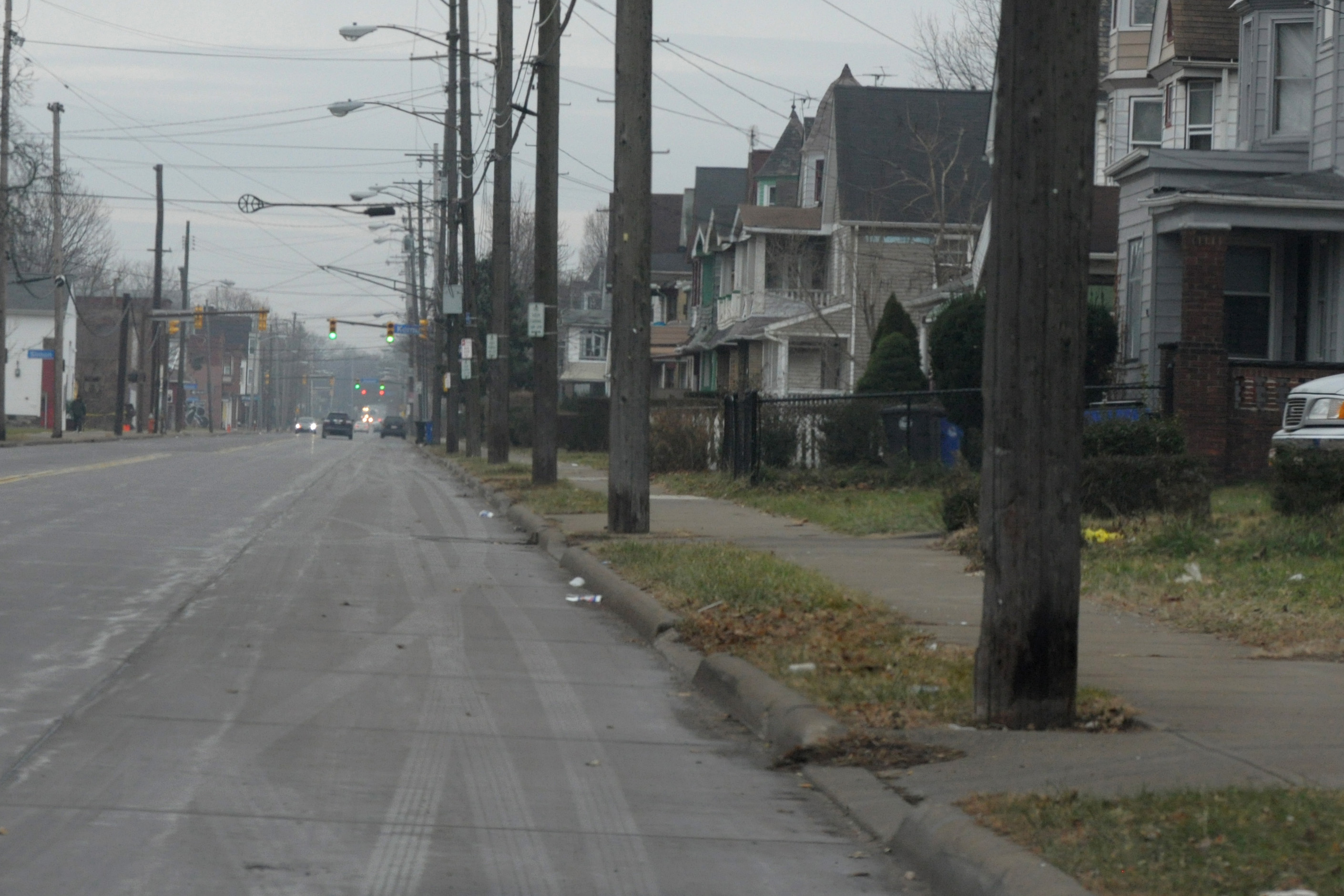 As he drives the route from his house to the bus stop, the path he travels most often by foot, Banks says his family knows most of the people who live here. He says he feels safe.

“I know stuff has happened around here,” he said, “I know that I just need to watch my surroundings pretty much,” to stay safe.

He doesn’t carry one, but knows plenty of people who do.

He has never lost a loved one to gun violence, but knows plenty of people who have.

He has only shot a gun once: into the air on New Year’s Eve.

And over the years, his reaction to guns has changed.

The first time Banks saw a gun, he was six years old. He found it while cleaning in his house.

“It was really before I had any knowledge of what was actually dangerous,” Banks said. “I would really just do whatever my parents would say to do.”

So he left it where he found it.

By the time he was 13, he started noticing kids his age carrying guns.

“What do you have this for? You’re pretty much a kid,” Banks remembers wondering. “What would you want with a gun?”

‘To Defend Or Offend’

Guns are pretty common in the St. Clair-Superior neighborhood.

Banks says lots of other things are going to have to change in his neighborhood before that does.

In his zip code, 46 percent of people live below the poverty line. That’s 10 percentage points higher than in the city as a whole. 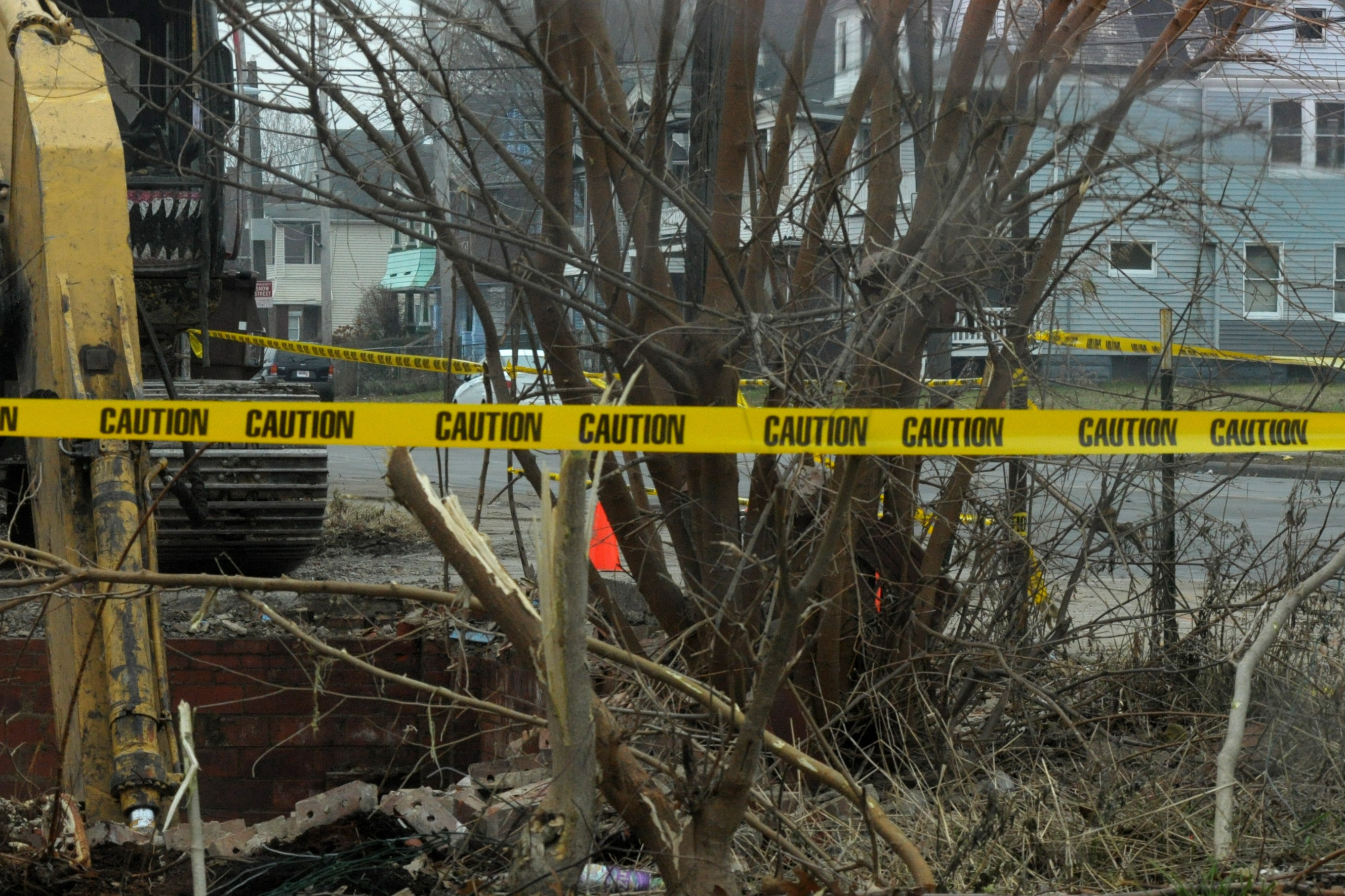 “It’s just ‘Where there’s smoke, there’s fire,'” Banks said. “As long as you have people in the ‘hood who need to feed their families, you’re going to have someone pick up a gun and do it.”

Now that he’s older, his reaction to seeing a gun depends on who’s holding it.

“If you have a gun, that means ultimately you might end up shooting someone,” said Banks,”whether it be for a bad purpose or … to protect yourself.”

He navigates his world with that in mind. Like when he gets in a car with someone who has a gun, he pays attention to where they store it .

“They know what they need it for,” Banks said. “If they have it in the glove compartment that means, ultimately, they wouldn’t expect to use it. Or if you roll with it on your person, you’re ultimately ready to use it at any given time.”

So when he looks at a gun, he’s thinking about more than the object itself.

“I see literally the use for a gun,” Banks said, “whether or not people will use it to defend or offend.”

The problem isn’t the gun, he says, but that some people where he’s from think they need one in the first place.

For more perspectives on what people see when they look at a gun head to gunsandamerica.org.

Want to share what you see when you look at a gun?

Send us a note.