Sanders takes over for Karl Dorrell, who was fired in October after the team finished this past season with a 1-11 record.

The Pro Football Hall-of-Famer had been coaching at Jackson State, a historically Black college that plays in Mississippi, since 2020.

Sanders arrived in Boulder late Saturday night after Jackson State defeated Southern in a conference title game before he was welcomed the next day in front a packed press room inside CU's Folsom Field.

Sanders promised that he would help restore a program that has produced one winning full season since 2005.

"After we get finished with this work, I just want you to know we're on the way," said Sanders. "Not to compete, but to win. Not to show up but to show out. Not to be among the rest, but to be the absolute best. We're coming to work, not to play. We're coming to kill, not to kick it."

Sanders was an All-American at Florida State before a standout NFL career with five teams, including the San Francisco 49ers and Dallas Cowboys, where he won a Super Bowl with each. He also played nine MLB seasons and reached the World Series with the Atlanta Braves in 1992.

CBS Colorado reported that Sanders' deal with CU is worth over $5 million per year, with a significant package of contract incentives that could increase his annual pay by around 40%.

Sanders will make his CU head coaching debut on Sept. 2, when the Buffs travel to take on TCU.

Sanders' home debut for CU will occur a week later on Sept. 9 when the Buffs host Nebraska.

Information from the Associated Press was used in this report. 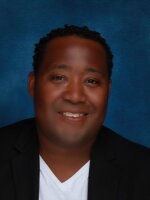