From NPR News, this is ALL THINGS CONSIDERED. I'm Audie Cornish.

In Peoria, Illinois, down the middle of Water Street, 30,000 sandbags are stacked on top of barriers. This is Peoria's new floodwall, its first ever. People started building the wall last week to hold back water from the Illinois River. This week, the river crested at an all time high.

TANYA KOONCE, BYLINE: Dick Diekemper is rowing a boat across the parking lot of Peoria's River Station with Ryan Bill. They've been manning the flooded building. That's right, they're in a boat in a parking lot.

RYAN BILL: Thank you for the beer you bought.

BILL: Thank you. See ya, Dick.

KOONCE: Diekemper is a property manager for the century-old red brick building. He just finished hours of shopvaccing and soaking up the water seeping into the main floor, while water is still being pumped out of the basement. Diekemper says the building, which houses a martini bar, is being maintained by two people around the clock.

DIEKEMPER: The restrooms are working and the pizza oven is working, too. So we just had a little pizza in there. And we're, you know, keeping up our spirits and keeping up our strength, so that we can save the building and keep it in as good a shape as possible.

KOONCE: Diekemper says they think they've saved it from serious damage, but won't know until the water goes down enough to inspect the foundation. This area is facing the toughest conditions because it sits between the Illinois River and Peoria's Water Street; that was elevated about three years ago in an effort to get it above flood stage. That's worked, so far.

A block away sits the lowest point on Peoria's Water Street. The city is running pumps there to keep the river from backing up into the storm drains behind the wall. City employees are working 16-hour shifts to keep watch over the pumping station.

Not surprisingly, this is all a big sightseeing draw and city worker Jose Anaya says that's presenting some problems.

JOSE ANAYA: The challenge right now is people. They just climb those walls up there and we have to keep an eye on them, because there are a lot of kids. And honestly, I'm really concerned about them because the river, I mean, is very dangerous, you know. 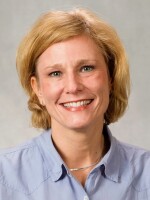 Tanya Koonce
Tanya Koonce is the News Director at Peoria Public Radio. She has a Bachelor of Arts Degree in Journalism from Eastern Illinois University, and a M.A. in Public Affairs Reporting from the University of Illinois Springfield. Tanya started her news career in TV, managed two political campaigns after college, worked in state government and did some state association work before going back to school. Post master’s degree, she’s worked in commercial radio and operated her own freelance agency before taking a reporter position at WCBU in 2001, and becoming news director in 2008. She’s currently serving as the Treasurer of the Illinois News Broadcaster’s Association, lives in Peoria and loves discovering interesting people, places and things.
See stories by Tanya Koonce
Latest Stories