The last fully operational coal mine in the western part of the state announced layoffs Thursday.

The West Elk Mine outside of Paonia is owned by Arch Coal. The company filed for bankruptcy in January and says it’s letting go of 80 workers.

Arch Coal cited continuing challenges in the domestic and international coal market as the reason for the layoffs.

"We want to thank the employees for their hard work, significant contributions and years of faithful service to West Elk," says Jim Miller, the general manager of the mine, in a release. "We regret the need for this difficult action and the resulting impacts on our employees, their families and the North Fork community."

The news is another blow to an area that’s still struggling from the closure of one mine and the idling of another.

Delta County Administrator Robbie LeValley says this round of layoffs means the region has lost more than 1,000 mining jobs in the past three years.

"It will have a significant impact on Delta County and the surrounding area," LeValle says.

The county is working to diversify its economy through agriculture, tourism and manufacturing, but she doesn't want to see coal exit the area.

"We want to make sure part of that diversification [includes] coal. Our super compliant coal fits well into a diversified energy portfolio."

West Elk was the most productive coal mine in Colorado last year producing more than 5 million tons of coal.

Experts say the low price of coal, increased competition from natural gas, weak demand from China and tougher regulations are affecting the industry. 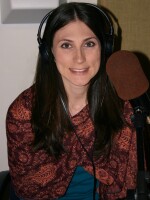