Our Morgan County 96.7 translator is back on the air at a reduced signal, pending further repairs. Visit our Listen page for alternative streaming options. »
NPR News

Growing up in a racially segregated neighborhood in Cape Town, South Africa, Neal Petersen overcame both physical disability and apartheid to become the first man of African heritage to race solo around the globe in a sailboat -- a journey that took him nine months and covered some 27,000 miles. He recounts the tale in his recently published autobiography Journey of a Hope Merchant: From Apartheid to the Elite World of Solo Yacht Racing. He shares his incredible story of courage with NPR's Tony Cox.

From Journey of a Hope Merchant:

It was March 11, and I downloaded the weather map. A system was headed my way. It didn't appear too bad, and, anyway, I was already pointed south. Still, intuition told me otherwise. Sure enough, the next report had the storm increasing in intensity and heading south as well. Gusts of fifty-five knots were forecast, which down there could be ugly. I kept going. The barometer kept falling, quickly reaching what had been predicted for the next day. I should have been feeling winds and was not. A bad sign. After lunch the forecast winds began, and I shortened sail, taking the mainsail down to three reefs and shortening up on the headsail. My hip started hurting, a particularly biting pain. I was certain then that trouble was coming. Minoru was already around the Horn, but Neil Hunter was behind me and a bit to the north. We both agreed that the forecast was wrong, but he thought me overly concerned.

In less than two hours the barometer fell another ten millibars. I lashed the mainsail down and shortened the headsail even more. Thirty-five knot

winds. I was scared. What was I doing here? If I got out of this storm, I promised I wouldn't tempt fate anymore. I returned to my chart table. I was three hundred miles from the Horn and two hundred miles off the coast of Chile. I set the GPS navigation guard zone on the closest rocks.

Did I have enough room to get by? Assuming seventy knot winds were behind me, even running under bare pole, I'd be making six knots, which would clear me around the Horn. At sunset the bottom fell out of the barometer, thirty millibars lower than predicted. I sent an e-mail message to Gwen. I said, "We have a problem here." At dark came sixty-knot winds. I was running under bare pole with the wind vane steering. I put on a double harness. The winds gusted to seventy knots, and I started taking knockdowns. I sensed a huge sea building, a shift of motion in the boat. I was helming and began to override the wind vane. Still we took knockdowns. Pitch-black dark, but that wasn't a surprise. I hadn't seen the sun all day. By midnight the winds were gusting to eighty-four knots, the worst I'd ever seen. The boat was totally out of control. She was surfing on monster waves, waves unseen and unheard. The wind shrieked through the rigging, squealed and howled like an angry alley cat. The tips of the waves were blown horizontally into my face, assuming there was a horizontal.

I've heard others say, "thank goodness, it was pitch-black dark." If! had been able to see my actual circumstances, I'd have lost heart. I didn't want to see. On the other hand, in such visual isolation, there were no reference points, no horizontal, no vertical, just what was perceived. Under these conditions the imagination could be as dangerous as the sea. I began to come off those waves at what must be a forty-five-degree angle. Pitch poling seemed likely. The boat would go end over end. I couldn't leave the tiller. The wind vane couldn't do this alone. Under bare poles the boat was surfing at twelve to fourteen knots -- faster speeds than I'd ever sailed her. I was headed due east toward the rocks of the South American coast. That means that if the storm lasted another twenty-four hours, I was finished. I'd been over the charts. There are channels among those islands, but I'd never find them under those conditions. I was trying to push the boat southward, or at least suggesting to her that we push that way.

In this black night, I came up close to the South American coast, and the Horn was another forty-five minutes of latitude below me. It's best to round the Horn, not to bounce off it. Still, if I turned directly to the south, the seas would be broadside, and the boat would roll -- roll over, and over, and over. The path was narrow and my control limited.

I felt each wave pick up the boat and then pass under her. We were of no more concern to that ocean than a paper airplane sent out into the stratosphere. An incredible feeling. I was going as fast as I'd ever gone in a race. On the one hand I was frightened, and on the other I was feeling this passionate joy; and on the third hand I was feeling totally at peace with myself. A rush of pure adrenalin in my bloodstream like I'd never experienced had coupled with the calm of someone who thought they were perched on the top of the world. Then there was the anticipation of seeing Cape Horn.

Well, not quite the top. Every so often a wave came along, and I felt the boat rising but not rising as it had on the previous wave. I knew then that I was inside a tunnel of water, and in a moment I would feel the wave break. It was breaking behind me and in front of me and then straight on top of me. Totally submerged in the cockpit, I held my breath. Overhead were five or ten feet of water. On and on this went. The boat was nothing more than a surfboard, and the waves were like those pipelines the Hawaiian surfers ride through. I was inside the tube. I was gagging and gasping for breath half the time. I had on a double harness but no life jacket. A life jacket would only have tried to pop me up to the top of these waves. And in the midst of all that I was suddenly going fifteen to sixteen knots, then seventeen, eighteen, and the boat was over on her side-a total knockdown, a I80-degree inversion. I was half underneath the boat and clinging to a web of rope that was twisting around like spaghetti. The mast was in the water, the keel in the air.

That's the closest I have ever come to being dead, to getting death's grim wink, and yet it was also the closest I've ever felt to being absolutely alive, being so alive that death had somehow become incidental. Not that I planned on dying. That sudden burst of speed had been caused by the lashing of the mainsail giving way. Up the mast went the sail. Only seven or eight feet had been able to rise, and over I'd gone.

As the boat righted herself, I realized I had to go forward on the deck. I unclipped from the cockpit and for the briefest second had only one harness to trust. Then both lines were on the jack line that ran from bow to stern. This could be done, as long as I didn't flip over as it was being done. A knockdown now and my life really was over. I crawled forward, was blown forward actually, and I remember having the odd notion that I was like a rag doll I'd once seen tethered in the back of a speeding pickup truck. I could see myself fluttering that way. Then I had the mast in my arms, and with the wind holding me vertical against it, I started pulling the sail back down. Lashings held the remainder, but that loose canvas was enough to destroy the boat. I pulled on it hand over hand, the force of the wind pulling in opposition. I was using such force that my fingers began to bleed and the sail began to rip. I had a torn mainsail. My headsail was already shredding. Big challenges were coming up.

Excerpted from Journey of a Hope Merchant by Neal Petersen © 2005 by Neal Petersen/University of South Carolina Press. Excerpted by permission of the author. All rights reserved. No part of this excerpt may be reproduced or reprinted without permission in writing from the publisher. 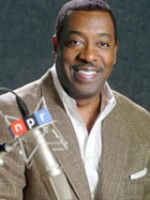