Back in the early 1990s, there was Operation Triggerlock. A few years later, in Richmond, Virginia, they called the policy Project Exile. Now it’s called Project Safe Neighborhoods.

Through three decades of debate about gun control and how to prevent violent crime, policymakers of both parties have consistently agreed to crack down on people with criminal records who are caught possessing a firearm. Charges that typically would go to state court are moved over to the federal system, where sentences are longer and prisoners can be sent far from home.

Project Exile was a local initiative launched in 1997 in Richmond that prosecuted gun possession offenses at the federal level. It was coupled with a marketing campaign to spread the word about increased penalties for gun possession.

Homicides in Richmond dropped 40% between 1997 and 1998. In 1999, former NRA president Charlton Heston went to Congress to call for Project Exile’s expansion nationwide.

“If you’re a felon caught with a gun you will go to jail – five years. No plea bargaining, no profile, five years,” Heston said to members of Congress.

“Let me be clear – Project Safe Neighborhoods is not just one policy idea among many. This is the centerpiece of our crime reduction strategy,” Sessions said.

He went on to hire new assistant U.S. attorneys to handle the additional caseload brought about by a revived PSN.

The increased emphasis has led to a dramatic increase in federal prosecutions of felon-in-possession-of-fireams charges since Trump took office.

In fact, in the last five years nationwide, there’s been a 68.7% increase in federal charges where gun crimes were the lead charge.

A 2007 paper in the Michigan Journal of Race and Law by Bonita Gardner criticizes PSN, as a new version of the War on Drugs.

A 1986 federal law meant a person would have to be caught with 100-times as much powder cocaine to receive the same sentence as someone caught with crack.

A 2002 report by the U.S. Sentencing Commission on the effects of that policy found that nearly 85% of those convicted for possession of crack were black. The report concluded the harmful effects of crack compared to powder cocaine were exaggerated to justify the harsher penalties.

Gardner argues that there are clear parallels to the War on Drugs because Project Safe Neighborhoods targets certain high crime neighborhoods and subjects people in those neighborhoods to harsher sentences. People participating in similar behavior elsewhere go unpunished.

During fiscal year 2018, 7,500 people were sentenced to federal prison for crimes related to owning or selling a firearm. About 70% were black or Hispanic.

“They’re being punished because they live in communities where there’s violent crime, which often is the reason they may carry guns,” said Gardner. “Then because they are in that position they’re punished more harshly than others.”

‘I Can’t Protect My Family?’ 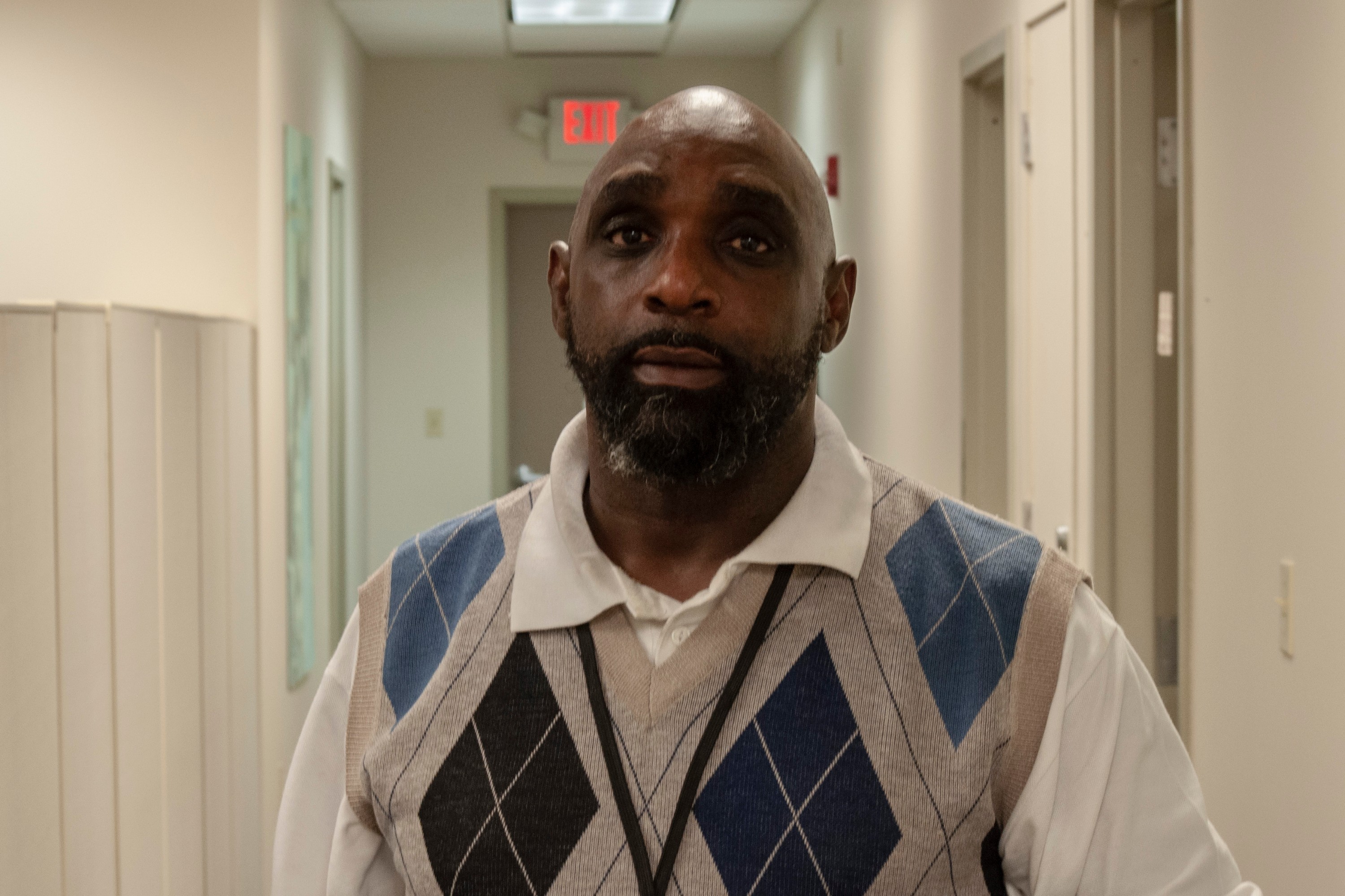 Charles Miller was sent to federal prison for a gun charge in 1994. In his fifties now, he’s been out of prison for eight years.

Clevelander Charles Miller has been out of prison for eight years. He’s getting job training at Cleveland non-profit Towards Employment.

Back in 1994, Miller was sent to federal prison for buying a gun as a felon.

“When you go through the feds, you’re hidden in the dark really,” said Miller, describing being transferred after sentencing from Michigan to Oklahoma to Pennsylvania.

Miller could have been charged under state law. But by design, federal charges are harsher.

Miller’s sentence was 18 months instead of the five years typical today.

But a drug charge already on his record made owning a gun illegal.

“You mean I can’t protect my family like the next man? Why?” Miller asked. “Because I made a mistake? That’s why I can’t have a gun?”

PSN isn’t targeted at particular races. But it does target crime in neighborhoods with high rates of violence.

“We really believe that every kid deserves a chance to walk to school safely,” said Justin Herdman, U.S. Attorney for the Northern District of Ohio, which includes Cleveland. 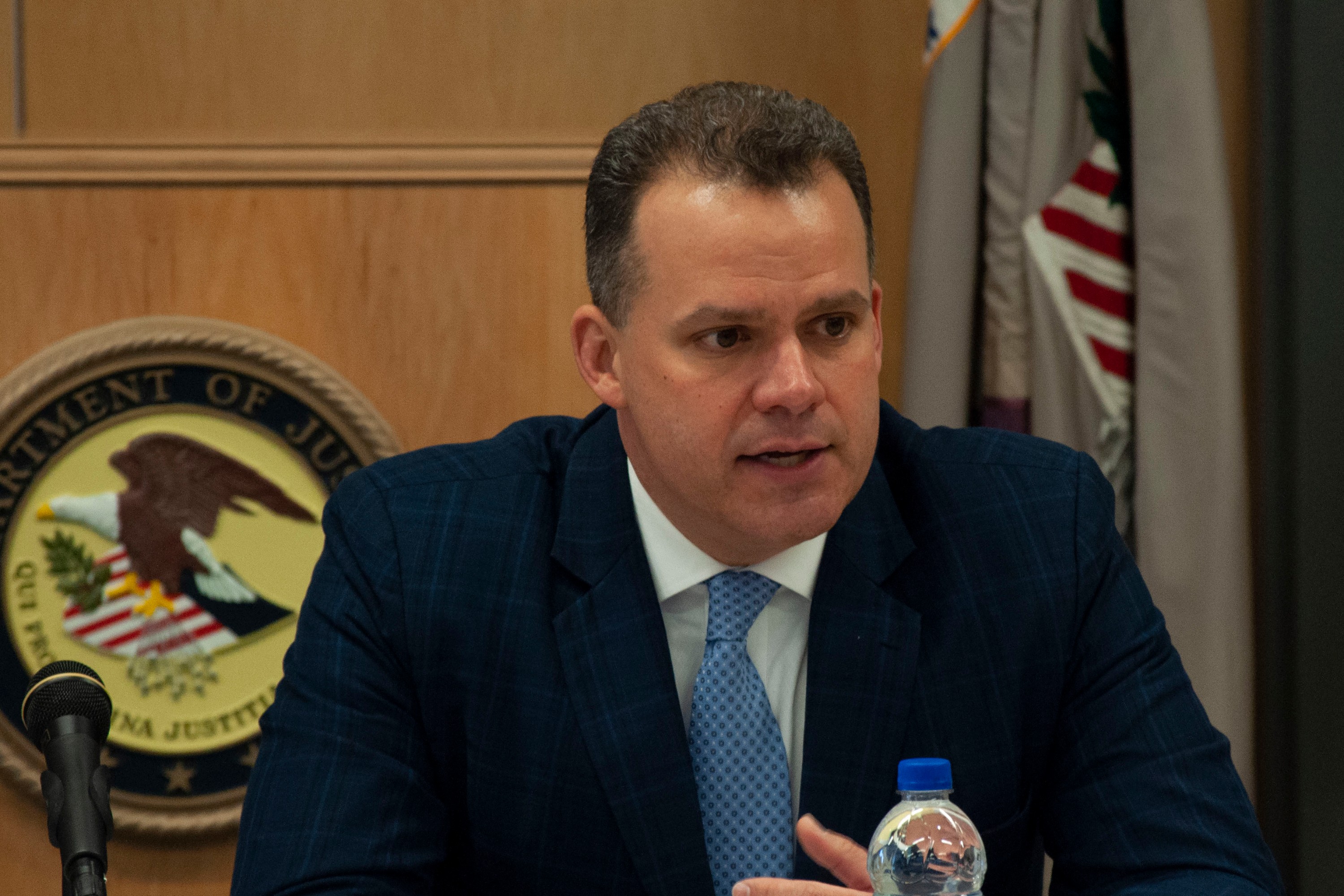 His office filed 68% gun possession cases in 2018 than were filed in the district five years ago, according to the Transactional Records Access Clearinghouse at Syracuse University, which tracks federal agencies and the courts.

“And we have started to see a downward trend in violent crime,” Herdman said.

According to Herdman, there’s been about a 10% drop in murders in Cleveland.

PSN has been criticized because it targets individual gun owners, a low-level crime typically handled in state court. But, says Herdman, that’s the most realistic way to get guns off the street.

“So the reality is the place that you’re most likely to see gun and perpetrator is at the street level interaction with a patrol officer,” said Herdman.

He added that while the crime —illegally possessing a firearm — may be a low level one, it usually is part of a larger criminal pattern. Sometimes the gun is being kept for use in other crimes. Other times the person has a long criminal record.

“These are almost always people who have engaged in aggravated robberies on the state level, other felonious assaults or offenses that involve firearms on the state level,” Herdman said. “The fact of the matter is at a certain point in time we have to step in and prosecute them on the federal level.”

David Patton, of the federal public defenders office in Manhattan, argues that PSN is bound to target racial minorities.

“We have made a policy decision in the criminal justice system that poor people of color can’t possess firearms,” Patton said. “When you look at who’s prohibited from possessing firearms that’s largely who it is.”

In Cleveland, U.S. Attorney Herdman said he’ll take a gun case from anywhere in the city, but PSN focuses on moving cases from two largely poor, black police districts – the fourth and fifth – from state to federal court.

Patton also criticizes the use of longer sentences as a deterrent.

“It really addresses a factor that is shown to be least likely to impact crime rates, and that is the severity of the sentence,” Patton said.

According to Patton, more effective deterrents are social norms that discourage criminal activity and convince people of a quick arrest.

Charles Miller has put guns and drugs behind him after years in and out of prison. But he still sees an injustice in the way gun possession laws are applied.

“A rich man can go and say to the government I’ll pay whatever you need, ok? Then let me have a thousand guns,” Miller said. “Then it’s no problem. Because he doesn’t have that felony.”