President Donald Trump likes getting a reaction from his base, though maybe not the one he’s getting this week. After Trump expressed support for certain gun control measures, some of his staunchest allies in the gun rights community say they may abandon a man they once saw as their best hope for expanding gun rights.

On Monday, Trump addressed the country from the White House after mass shootings in El Paso, Texas, and Dayton, Ohio, left more than 30 people dead and 53 injured.

“We must make sure that those judged to pose a grave risk to public safety do not have access to firearms,” Trump said. “And if they do, those firearms can be taken through rapid due process. That is why I have called for ‘red flag’ laws, also known as Extreme Risk Protection Orders.”

Gun rights groups were not thrilled.

“That’s what Trump is doing now, he is supporting that legislation,” said Aaron Dorr, president of Iowa Gun Owners, in a Facebook Live video on the group’s page Monday. “That’s what’s going on and it’s a great big disaster.”

Some vowed to fight a man they usually see as an ally.

“We are going to do everything we can to stop President Trump and the Senate Republicans from ever implementing this,” said Idaho Second Amendment President Greg Pruett.

Extreme Risk Protection Orders (ERPOs), or “red flag” laws, give law enforcement the ability to temporarily confiscate guns from someone deemed a threat to themselves or others. Trump also signaled support Wednesday for expanded background checks, a third-rail for gun rights activists.

Other Republicans, like Sen. Lindsey Graham, R-S.C., and Sen. Marco Rubio, R-Fl., have said they would support a “red flag” bill. Graham even went so far as to say he is planning on proposing one with Sen. Richard Blumenthal, D-Conn.

These laws receive wide support nationally. A 2018 poll found that 85% of Americans back a “red flag” law. Support for background checks on all purchases is even higher.

But that doesn’t sway those in the so-called “no compromise” wing of gun rights activism.

“We cannot forget that guns are not the problem,” Erich Pratt, senior vice president of Gun Owners Of America,  said in a Facebook Live video on Monday. “They are overwhelmingly used for good.”

Pratt thinks there will be more massacres if this type of gun control passes, though there is no known link between gun control and increased mass shootings.

The NRA gave initial support for “red flag” laws in the wake of the 2018 mass shooting in Parkland, before cooling on the idea. In response to Trump’s call this week for a “red flag” law, the group issued a tepid statement supporting restricting access to guns for those “adjudicated as a danger to themselves or others.”

Group’s like Pratt’s see that position as capitulation. And they are sounding the alarm for their tens of thousands of followers.

These have been some of Trump’s most ardent supporters over the last few years.

“He, more than anybody, should know how gun owners are going to react to a betrayal like that,” Dorr said in an interview with Guns & America. 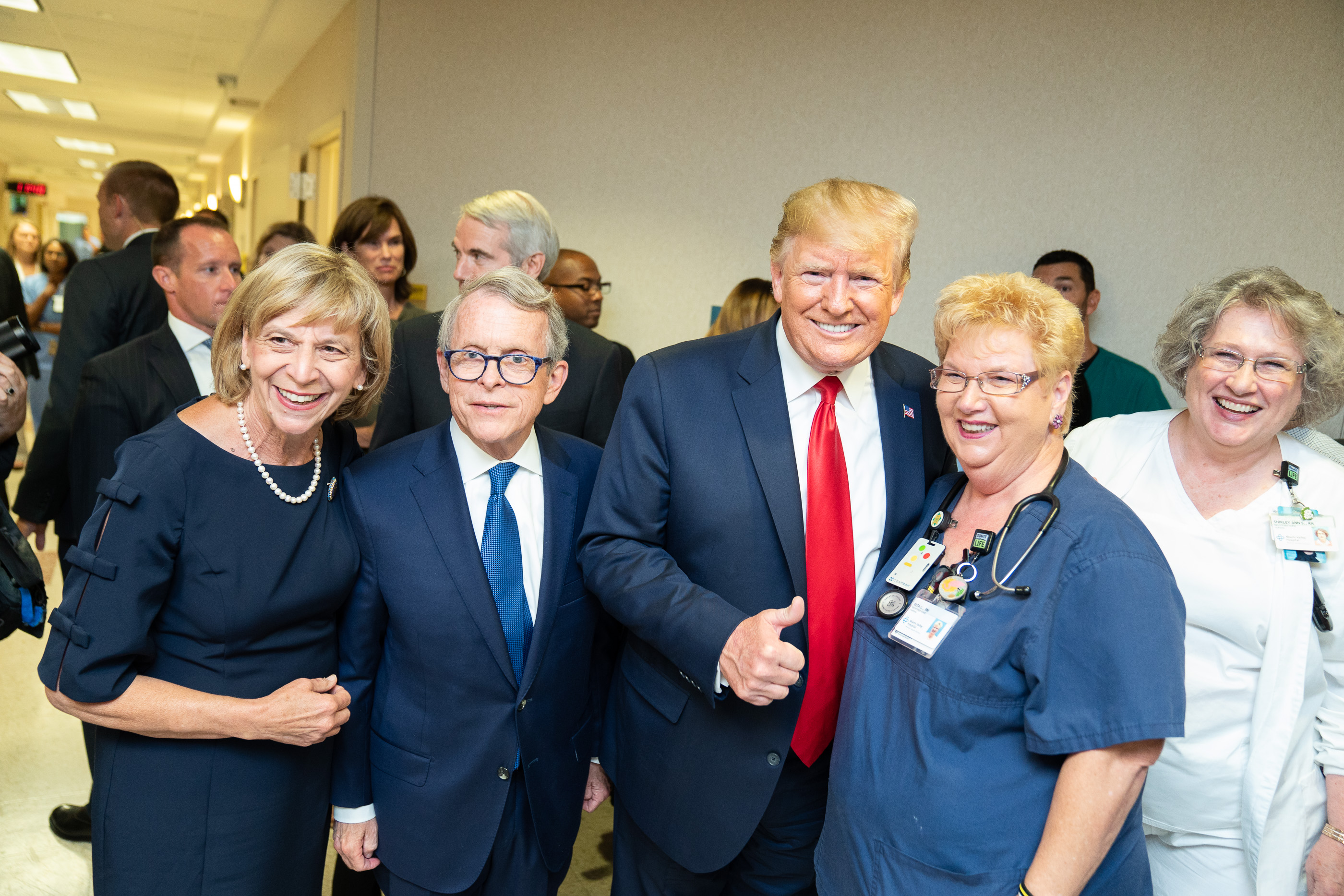 Ohio is not only a presidential battleground state, but it has recently been ground zero in the gun control debate.

There, Republicans like Gov. Mike DeWine have expressed support for legislation like red flag laws in the wake of the mass shooting in Dayton.

Chris Dorr, whose brother is Iowa Gun Owners’ Aaron Dorr, says he had long given up on DeWine. But he never expected this from Trump.

“He literally turned around and dropped a hand grenade into the crowd that he needs the most to win,” Chris Dorr said. “States like Ohio, and Pennsylvania and Michigan and Wisconsin.”

Chris Dorr thinks a lot of gun owners will stay home next election if their guy supports anything they see as contrary to the Second Amendment. So much so that Dorr wouldn’t even consider supporting Trump if he signed a “red flag” bill into law.

“Absolutely not, I’d walk away from him in two seconds,” Dorr said.

And, while Dorr’s fellow hard-line activists, like Rocky Mountain Gun Owners director Dudley Brown, are taking to Facebook Live this week to alert followers to what they feel is a threat to the Second Amendment, they’re also soliciting donations.

In his video Monday, Brown urged supporters to text a specific number with the word “redflag.” Doing so shoots back a plea for money with a link to his group’s donation page. 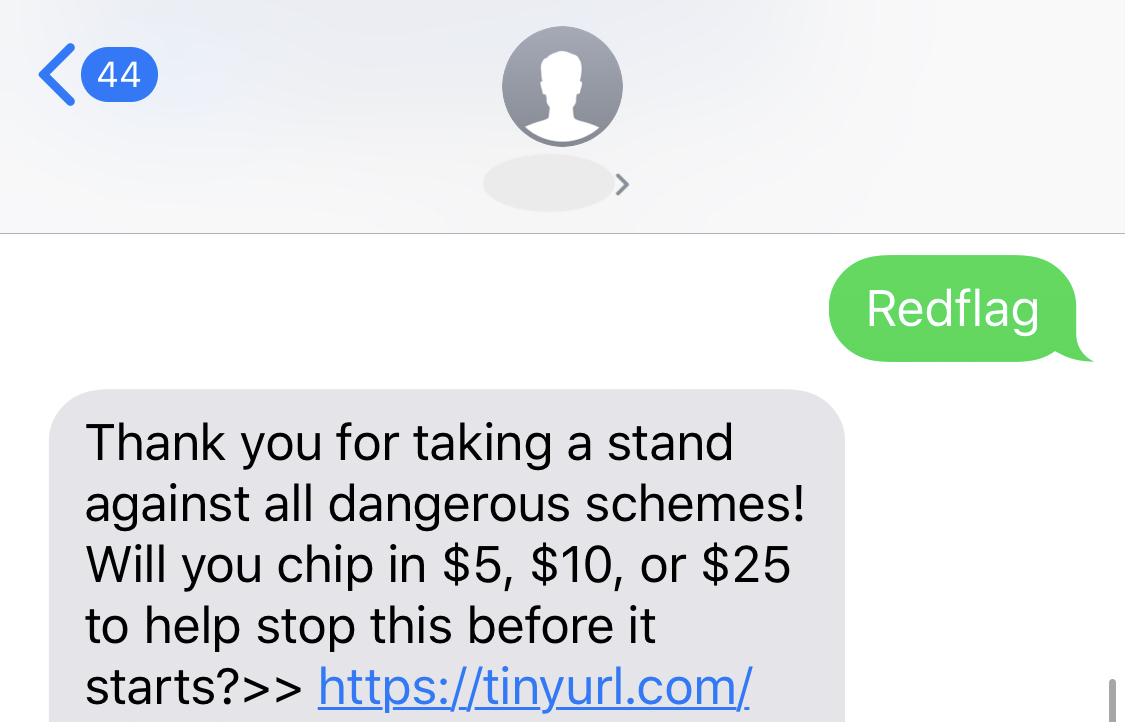 What Is A Red Flag Law?

Among the popular gun policy proposals raised in the aftermath of shootings like those in Sandy Hook, Parkland and now El Paso and Dayton, the call for “red flag” laws has become a common refrain.

On a chilly Friday night in Windsor, Colorado, the conservative, gun-loving rocker Ted Nugent entertained a crowd, talking about the Constitution, politics and freedom during a fundraising event for Weld County Sheriff Steve Reams.

“Well, well, well. What have we here? This must be real Colorado!” Nugent said to the crowd. “When I started coming here rockin’ and rollin’ in 1967… Boy, I was in Colorado, man! Ranching, rugged, individual-tough-s***-kicker Colorado! Now it’s like drooling hippie Boulder! What happened there?”