Colorado Edition: Lawmakers vs. the Office of Gun Violence Prevention, a wet start to winter, and a remake of a Japanese film

On this episode of Colorado Edition, we hear lawmakers vent their frustrations over the lack of progress toward preventing gun violence. Also, a wet winter is good news for the Colorado River, but there’s plenty of winter left, officials warn. Lastly, a review of the film Living.

Updates on the office to prevent gun violence: Colorado lawmakers are growing increasingly frustrated with an office they created a year and a half ago to prevent gun violence. They’re demanding answers and vowing to create a new oversight panel because they say the office has made little progress. KUNC Investigative reporter Scott Franz has been covering the ongoing story and has more on how lawmakers are trying to turn things around.

Is snow news is good news? The Western U.S. has been slammed by wet weather so far this winter. That’s good news for the Colorado River, where snow could turn into a boost for major reservoirs that have shrunk to historic lows. But climate scientists say there’s a lot of winter left, and the 40 million people who use the river’s water should take the good news with a grain of salt. KUNC’s Alex Hager reports.

This story is part of ongoing coverage of the water in the West, produced by KUNC and supported by the Walton Family Foundation.

Film remake falls flat: The new movie Living, is a remake of a 70-year old masterpiece from Japan about the death of a minor bureaucrat. KUNC film critic Howie Movshovitz teaches film at CU-Denver and says that taking on the great film Ikiru is more than this new version can handle. 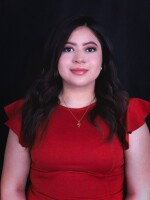