Health
Coronavirus In Colorado
KUNC is here to keep you up-to-date on the news about COVID-19 — the disease caused by the novel coronavirus — Colorado's response to its spread in our state and its impact on Coloradans.

As spring breakers flock to their favorite destinations, health officials were raising concerns about potential spikes in COVID-19 cases. Durango, Colorado found a creative way to enforce mask mandates without taking away any of the town's Old West charm.

Bartenders were pouring Old-Fashioneds at a bar with a bullet hole straight through the wood. Servers in corsets and fishnet stockings roamed the room, passing an old piano that, twice a week, fills the building with ragtime tunes.

It was a Friday evening at the Diamond Belle Saloon on the main drag in Durango, Colorado. Outside, a man in boots, a cowboy hat and a button-down vest adorned with a U.S. marshal badge patrolled the block, eyes scanning the streets for trouble. If trouble were to appear, it would likely take the form of errant Texans.

“You can’t throw a stone around here without hitting a Texan,” recalled Scott Perez, the man in the marshal get-up.

This was the Wild West, after all: spring break 2021. And leaders of this city of about 19,000 are eager to hold covid-19 at bay with a bit of old-time law and order on mask mandates — and even a little modern vaccine science.

Perez is very familiar with this block, having staged his death several times outside the saloon during summertime gunfight performances. The former cowboy and current actor, stuntman and history buff also pretended to rob the steam train that takes tourists to the former mining town of Silverton. Now, a consortium that includes local businesses and the tourism office has hired him and a few other actors for a very specific task: to get people to obey the city’s mandate to wear their dang masks.

Early in the pandemic, some mountain towns and counties shut out visitors. These days, they’re welcoming tourists with open arms — and, in some cases, a shot in the arm.

The health department that serves Durango’s La Plata County is among those offering covid vaccines to outsiders. In neighboring San Juan County, where the sheriff was threatening to fine and tow cars with out-of-county license plates a year ago, officials are now telling visitors, “If you’re here and with us now, let’s get you vaccinated if you’re eligible,” county spokesperson DeAnne Gallegos said. Andrew Sandstrom, a spokesperson for the Gunnison County covid response, said his county is doing the same but officials are just asking that visitors receive both doses in the same place.

Liane Jollon, executive director of the health department that spans La Plata and Archuleta counties, said more than 30% of residents have gotten at least one vaccine dose, putting the counties ahead of the curve. They aren’t advertising their vaccine supply as a lure for tourists, but as long as visitors fit Colorado’s vaccine eligibility criteria, Jollon said, they aren’t turning anyone away.

The state told vaccine providers not to ask for IDs or proof of residency, to avoid creating barriers for immigrants or homeless people, said Brian Spencer, with the Colorado State Joint Information Center. By extension, though, that means spring break tourists or second-home visitors also can partake.

“While it can feel like a difficult burden to vaccinate more individuals in your jurisdiction, it also helps keep our entire community safe,” Jollon said. “We’ve had people drive up for the day from New Mexico to get a vaccine.”

Typically this time of year, visitors come in spring break waves from Texas, Oklahoma, New Mexico and Arizona. Oklahoma’s governor has refused to impose a statewide mask mandate, and the governor of Texas lifted that state’s mandate and fully reopened businesses shortly before spring break tourists began arriving in Colorado.

In La Plata County, cellphone data analyzed by the health department shows that, from the first week of March to the third, mobile devices belonging to nonresidents shot from 15% of the total to 40%, with most coming from Texas and Oklahoma.

Some of the influx started even earlier. Gunnison County, which banned visitors during last year’s spring break, has seen tourism more than rebound in the past few months. It had a jump of at least 30% in tax revenue from short-term lodging in December and January compared with the same months before the pandemic.

Coloradans fear what the visitors may leave behind.

“In many of our mountain towns, we’re starting to see a new uptick,” said Jollon. “We’re really concerned that after spring break we could see an uptick that would hurt our schools’ ability to continue to offer in-person learning options.”

Around this time 102 years ago, Durango was closing its schools and opening an emergency hospital — again — to deal with a resurgence of the 1918 flu pandemic. People were fumigating their houses with formaldehyde, and kids were jumping rope to the song “I had a little bird. Its name was Enza. I opened the window, and in-flu-Enza.”

“It was definitely bad here,” said Perez. “They had bodies stacked up, particularly the ones that died in the winter because they couldn’t dig to bury them. They couldn’t find the mortician. He was laying amongst the bodies because he died. … A lot of the ladies of the evening became nurses.”

So this time, the community wants to prevent a resurgence, but also keep the tourism dollars flowing.

Durango, which usually attracts an estimated 1.5 million visitors each year with its brick buildings, steam train and bluffs crumbling into the Animas River, initially planned to hire a private security firm to persuade out-of-towners to don masks. That’s what the town of Breckenridge did. But then Rachel Brown, executive director of Visit Durango, jokingly proposed Old West actors instead.

“I have been told that the fun and theatrical approach of the Mask Marshal program is being very well received,” Brown said. “We are glad that we chose this option over private security.”

The need for mask police puzzles Perez. “I can’t figure it out at all,” he said. “I mean, there’s so much evidence about how this helps and yet somehow it became political.”

His right-hand woman in mask compliance is Cathy Roberts, a fellow reenactor, plus an animal advocate and military veteran. She wears a red-and-black cancan dress and goes by “Miss Kitty,” after the saloon owner in the TV and radio series “Gunsmoke.”

“She can disarm anybody with charm,” said Perez. “The goal is that I disarm them with some humor.” But he’s also clear they have a second option if things go sour: a direct line to the Durango Police Department.

“And the third option is not pretty,” said Perez. To be clear, the only heat he’s packing is two rounds of Pfizer.

As the pair entered the saloon Friday night, Roberts recounted, a waitress gave her what she calls “the look.”

“That’s all they gotta do,” said Roberts, who quickly spotted the problem by the door: four people who clearly were not familiar with Durango’s mask rules. People are required to wear masks indoors, even in a bar or restaurant, unless they’re seated and eating or drinking. The women had on masks, but their noses weren’t covered. The men didn’t have masks at all.

Roberts walked up cheerfully in her ruffled dress, greeted them, welcomed them to Durango, and offered masks that said “I [heart] Durango.” One man accepted it, she said, and put it on. The other sulked, zipping his coat up over his mouth. “I’m like, ‘Sorry, sir, it’s not over your nose,’ and he pulled it up even higher,” she recalled.

Perez hung back behind her, silent beneath his bandanna and white mustache. Technically speaking, all noses had been covered, so the pair moved on.

“Mask compliance actually is really, really high,” said Perez. “There’s a lot of people wearing masks even out on the sidewalks, where they don’t have to.”

The past few weekends, he’s mostly found himself greeting people, welcoming them to Durango, chatting about local history and then slipping in the rules about masks.

“And 99.9% of the time, that’s well received,” he said, even among the Texans, who may also go home vaccinated. 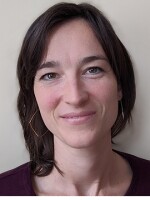