Six Years In, Few People Have Been Sentenced Under Colorado’s Large-Capacity Magazine Ban

Large-capacity magazines, containers that hold more than 15 rounds of ammunition, have been illegal in Colorado since 2013. Lawmakers passed the ban following the 2012 mass shooting at a movie theater in Aurora. Several states, including Connecticut, Massachusetts and Vermont also have magazine restrictions on the books. But many gun owners still use them.

On a bright, hot day at Baker Draw, a public shooting area in Ault, Colorado, at least one person was using his. 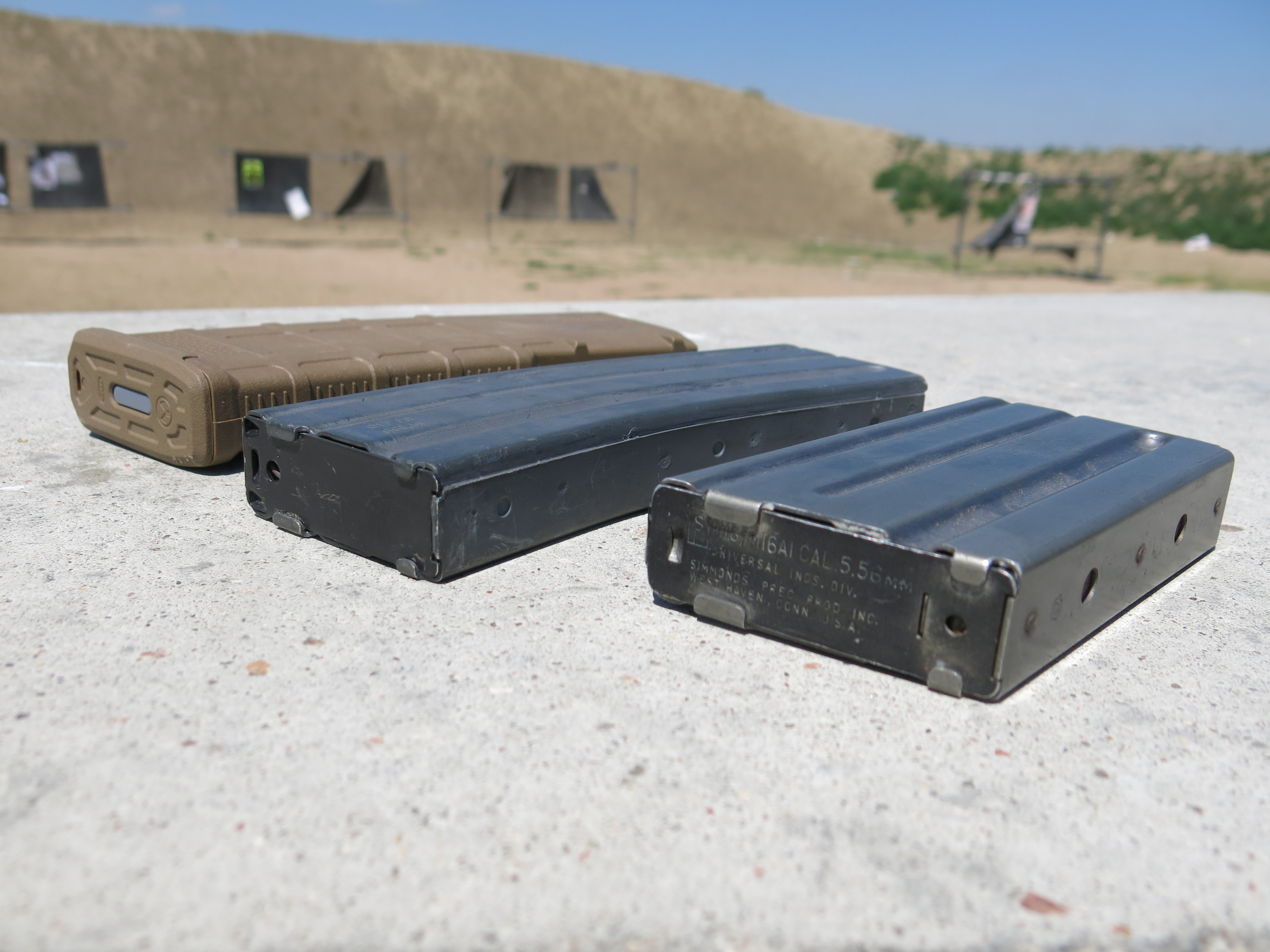 Before shooting at a public range in northern Colorado, a soldier shows a few of the large-capacity magazines that he says were acquired before the Colorado ban took effect in 2013.

The soldier says his magazines are legal, purchased before the law took effect. Six years into the ban, he says large-capacity magazines are pretty common among gun owners he knows.

“Whether it be for recreation,” he said, “or that sense of they’re carrying something a servicemember or a policeman would carry.”

On July 20, 2012, a shooter killed 12 people at a movie theater in Aurora, Colorado. Months later, Colorado lawmakers voted to ban the sale of large-capacity magazines as part of a suite of gun bills.

Calls for new gun laws often follow mass shootings, but whether or not those laws actually work to reduce gun violence is a different story. In the six years since Colorado’s magazine ban went into effect, few people have been sentenced for violating it.

Generally, people who are using large-capacity magazines, at a shooting range for example, aren’t the ones getting in trouble for having them. Data from Colorado’s Office of the State Court Administrator analyzed by Guns & America show that since 2013, 104 cases have included charges for violating this statute.

Over the six years the ban has been in place, just 11 people, all men in their 20s and 30s, have been convicted and sentenced for violating the magazine ban.

Lawyers in Colorado’s 18th Judicial District have prosecuted about a dozen of these cases.

“We don’t have roving patrols of police officers going door-to-door saying, ‘Hey do you have an extended magazine?’” District Attorney George Brauchler, an elected Republican, explained. “The way law enforcement comes across these things is they have reason to contact someone for a different crime.”

State data indicate that the most common connected offenses relate to drugs and weapons.

“I just don’t think that you can argue that ‘Man, if we just reduced the magazine capacity enough, we’re gonna save lives,’” he said. “I think that is speculative.”

The Aurora theater shooter used a 100-round magazine; the incident ended when his weapon jammed, so knowing what would have happened had he been using a magazine with a lower capacity is speculation.

A recent study by the RAND Corporation found no research to suggest that magazine bans reduce outcomes like firearm suicides or officer-involved shootings. Research on the effect of banning large-capacity magazines on mass shootings and violent crime was inconclusive. 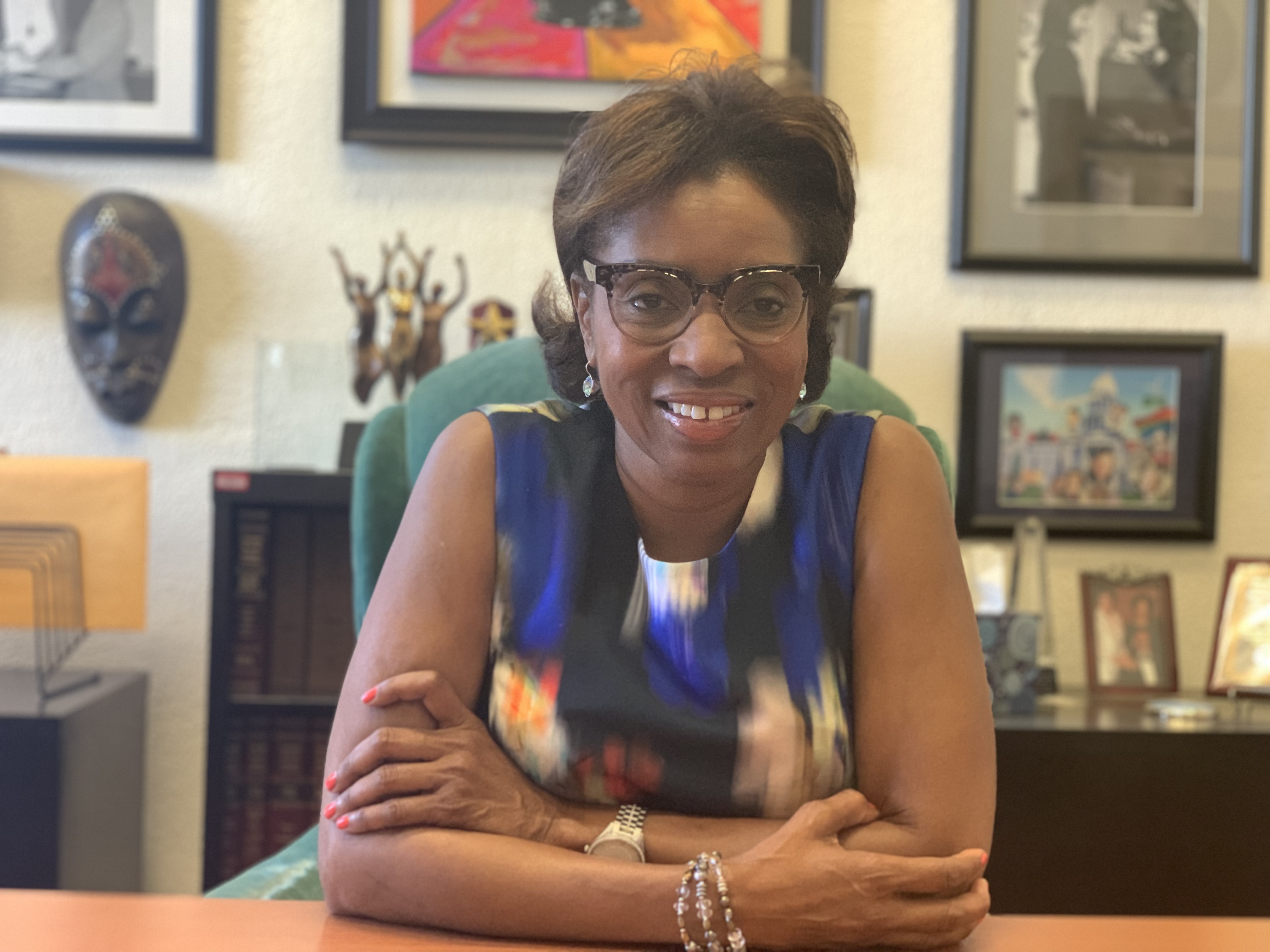 ‘The Right Thing To Be Doing’

Colorado State Sen. Rhonda Fields, a Democract, sponsored the magazine ban in 2013. At the time, she represented the district that included the site of the Aurora theater shooting. Upon hearing about the incident, she described feeling like her “world was crumbling.” Fields’ own son had been shot and killed years before.

“So when this happened in my community,” Fields said, “it was like re-living the pain associated with gun violence all over again.”

Fields said that she was surprised that so few people have been prosecuted for violating the ban. But she brought up the large-capacity magazines used in Sandy Hook, San Bernadino and in the shooting of former Rep. Gabby Giffords, and suggested that Colorado’s ban may have thwarted other potential incidents.

“The number of people that have been charged or convicted, it’s not great,” Field said. “But when you think about the future, I think the right thing to be doing is to limit that capacity.”

The future of these policies, however, is uncertain. California’s ban is the subject of an ongoing legal challenge. In Colorado, a lawsuit against the ban has reached the state’s Supreme Court.

A federal court has ruled that the last man in America to legally own a bump stock must hand it over to the government.

The Denver Post reports that the Colorado Supreme Court announced Monday that it would hear the case, which stems from a 2016 lawsuit by Rocky Mountain Gun Owners and other gun rights advocates challenging the law.